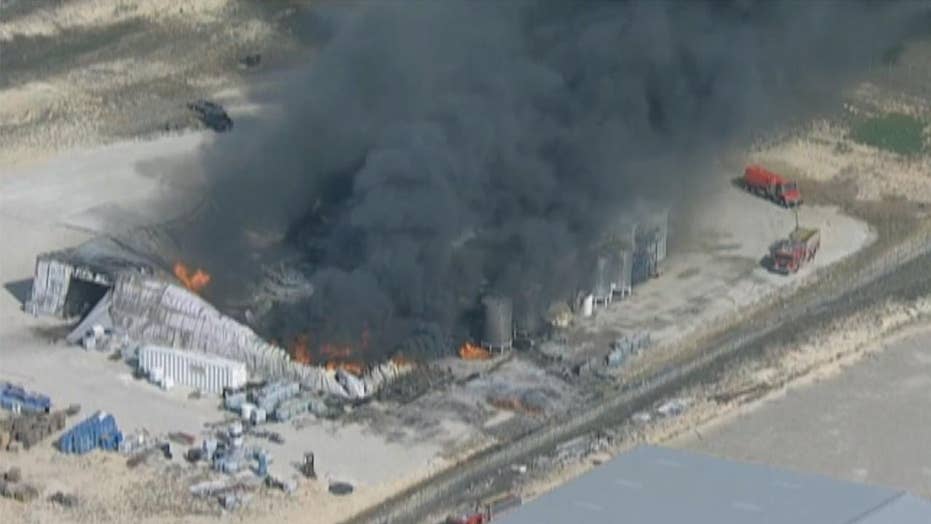 A large explosion at a Texas chemical plant Thursday left at least one employee missing and one person badly injured, authorities said.

Fire crews are working to battle the fire at the Tri-Chem Industries plant in Cresson, the Dallas News reported. Video from the scene showed massive flames coming from the plant. The plant collapsed following a second explosion, the Hood County Sheriff's Office said

CBS DFW reported the man missing is Dillon Mitchell, 27, an employee of the plant. Police have not released the name of the man unaccounted for.

Officials closed a portion of State Highway 171 because of the blaze. Authorities have not evacuated the area.

The Fort Worth Fire Department sent 10 units to the fire. Officials said anyone who breathed in the air from the explosion should go to the hospital immediately.

The plant manufactures several products, including soap. It was not immediately clear what caused the explosion.