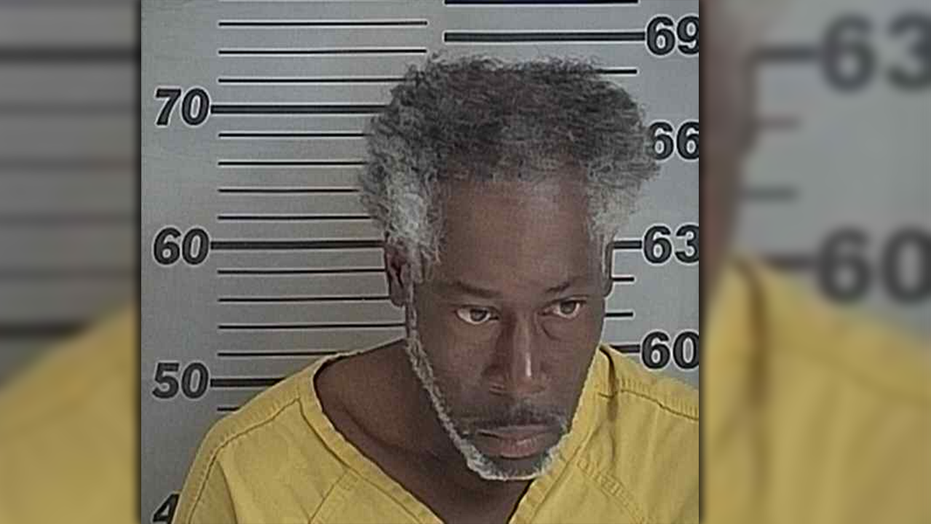 As a Tennessee cop and a wanted fugitive fought in the street Monday night, bystanders largely did nothing -- even when the suspect tried repeatedly to steal the officer’s gun, according to police.

“There were several individuals that were watching this attack, and watched our officer in a fight for his life doing all he could do to keep his weapon secured while being struck in the head,” Dyersburg Police Chief Steve Isbell said in a statement.

"Some of those individuals took their phones and recorded the attack while yelling at the officer, offering no assistance or even a call for help.”

The unidentified officer responded to an address in Dyersburg, about 75 miles north of Memphis, to investigate a theft.

He met the victim and several other individuals – one of whom identified himself with a fake name. Police said he actually was a fugitive wanted in Illinois named John Hughes, 50.

When the false identity failed to check out, the officer attempted to arrest him – but police said Hughes tried to flee.

The officer tackled him, and they fought on the ground. Hughes is accused of trying to grab the officer’s handgun. Despite getting pummeled in the head, the officer kept his weapon holstered, according to police

The victim, who placed the initial theft call, separated the two, according to reports. But police said video showed one person at the scene tried to stop him from breaking up the fight in an attempt to help Hughes.

“It was clear what this fugitive’s intentions were, while it is alarming that the other individuals were more concerned with recording on their phones,” Chief Isbell said.

The officer tried to call for backup, but his radio was “rendered useless” in the melee, police said. He drew his Taser, discharged it at Hughes and took him into custody, according to police

Hughes is wanted in Jackson County, Ill., for larceny and parole violations, according to authorities. He now faces charges in Dyersburg for aggravated assault, assault, resisting arrest and criminal impersonation.

Police said they later arrested a 37-year-old woman, Ashley Curtis, who is accused of lying about Hughes’ identity during the investigation.

On Thursday, a third suspect was arrested in connection with the incident, Mary Brown, 62. Police said she was charged with a felony count of interfering with the arrest of a wanted fugitive.

The officer involved in the incident was treated at a hospital and has since been released.