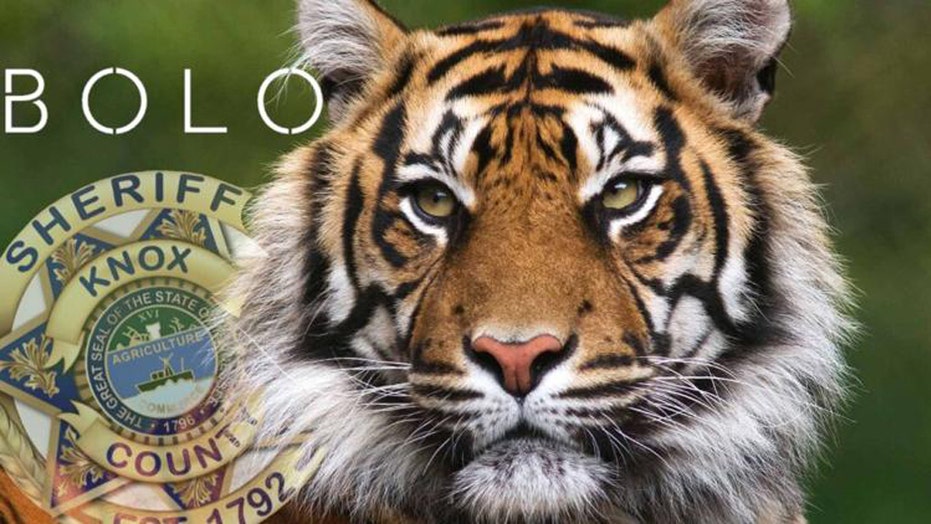 Tennessee authorities continued their search Thursday morning after a tiger was spotted roaming in the wilderness outside Knoxville.

The Knox County Sheriff's Office issued a be-on-the-lookout notice late Wednesday after a deputy reported seeing a tiger wandering in the Forks of the River Industrial Park. Tiger Haven, a big cat sanctuary in Kingston, Tenn., was involved in the search for the missing big cat, but it remained unclear whether or not that's where the tiger initially escaped from.

The Tennessee Wildlife Resources Agency is leading the search effort alongside Knox County Sheriff Patrol Units, Animal Control, Air Watch as well as the Knoxville Police Department’s Animal Control Unit. If found, the big cat will be taken in by Tiger Haven.

As of 8:30 a.m. Thursday, the state's wildlife agency said the tiger had not been located, the Tennessean reported. The latest statement issued by the sheriff's office around midnight said: "There has been no other sightings at this hour."

All the tigers at Zoo Knoxville are accounted for, zoo spokeswoman Tina Rolen confirmed Thursday. The zoo is not involved in the search.

“We want to reassure everyone that our Zoo Knoxville Malayan tigers Arya, Bashir and Tanvir are all safely accounted for. Our team is standing by to assist if needed. If you have information please contact the Knox County Sheriff's Office,” she said in a statement to WATE.

Unconfirmed sightings, which have yet to be verified by authorities, have since been reported in the southeastern part of the county near John Sevier Highway, according to Knox County Emergency Dispatch.