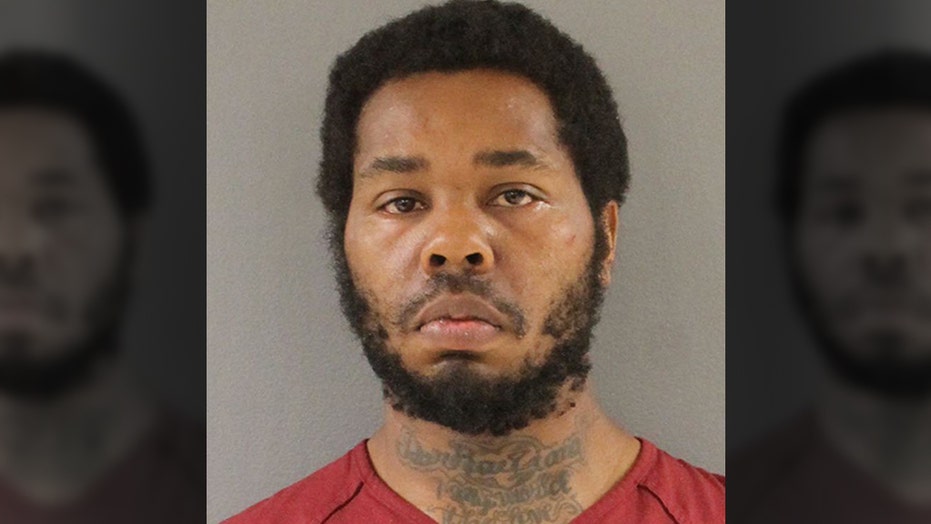 Johnson, 29, was stopped by an officer around 3:30 a.m. Sunday after he failed to stay in his lane on an interstate, WATE reported citing arrest records.

Johnson yelled out the window that he had to get to his family’s house and sped off as the officer was walking towards his car, which prompted a chase, the station reported.

The officer reportedly saw Johnson hit a curb, then blow a tire while allegedly driving the wrong way on the road. He ultimately rammed into a utility pole, the report added.

<strong>Dorrae Debrice Johnson was arrested after a human torso reportedly turned up in his car.</strong> (Knox County Sheriff’s Office)

Johnson got out of the vehicle and started running but the officer caught up with him and arrested him, according to the report, which stated that the trooper noticed he smelled of alcohol and had watery, bloodshot eyes.

When the trooper went to turn off the ignition of Johnson’s car, the trooper spotted the severed torso in the passenger floorboard, with a missing lower half, the media outlet reported.

The trooper found the rest of the victim’s body at the scene of impact. Investigators reportedly said the severed torso likely belonged to a man whom Johnson had hit and killed on the road.

Johnson was booked on Sunday and also was charged with driving with a revoked license and evading arrest, according to online records with the Knox County Sheriff’s Office.