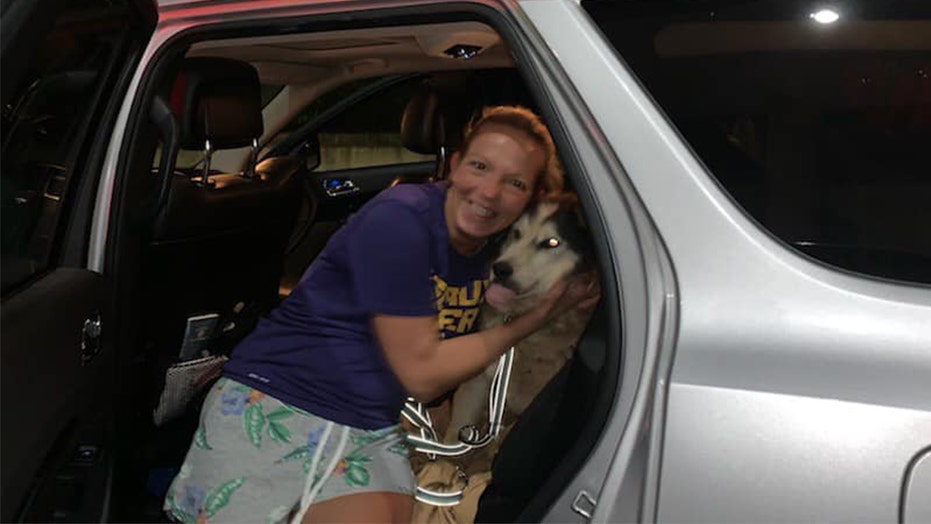 Technology helped reunite a dog missing for eight years with her owner in Tennessee on Sunday, according to the local sheriff’s office.

The Knox County Sheriff’s Office announced the good news on its Facebook page Sunday night, writing that the Siberian Husky named Oreo was reunited with her owner, identified as Melissa Dove, because she got a microchip for her dog and “thanks to some Good Samaritans and one of our Animal Control Officers!”

The office added that Oreo “was taken” from Gatlinburg, Tenn., which is about an hour away from Knoxville, in 2011.

“She never thought she would see her again,” The Knox County Sheriff’s Office wrote in the post.

“However, because she was a responsible owner and had ‘Oreo’ microchipped when Officer Parrott scanned her all of Ms. Dove’s information was there.”

The sheriff's office did not immediately respond to Fox News' request for information as to where the dog had been for the past eight years.

Hannah Maurice, Dove’s daughter, told Fox News someone stole Oreo from her mother’s backyard eight years ago when the dog was less than a year old.

She said investigators told her mother that Oreo was wandering along the Knoxville road when a good Samaritan, who thought something was wrong health-wise, contacted Knox County animal control.

She added that once Oreo was in police custody, deputies scanned the dog's microchip and contacted Dove.

“Never in a million years would you think that you would get a phone call like that,” Maurice told Fox News.

“You try to hold out hope for as long as you can, but after a while, you kind of lose faith a little bit."

She added, "We always in the back of our heads had hoped that she would at least end up in a good home, but now we know for sure, because she’ll be living with us.”

The sheriff's office thanked the officer and good Samaritans, who were integral to facilitating the reunion.

“We are thankful this was a happy ending!” the office said.

“It looks like 'Oreo' will be living her best life now.”