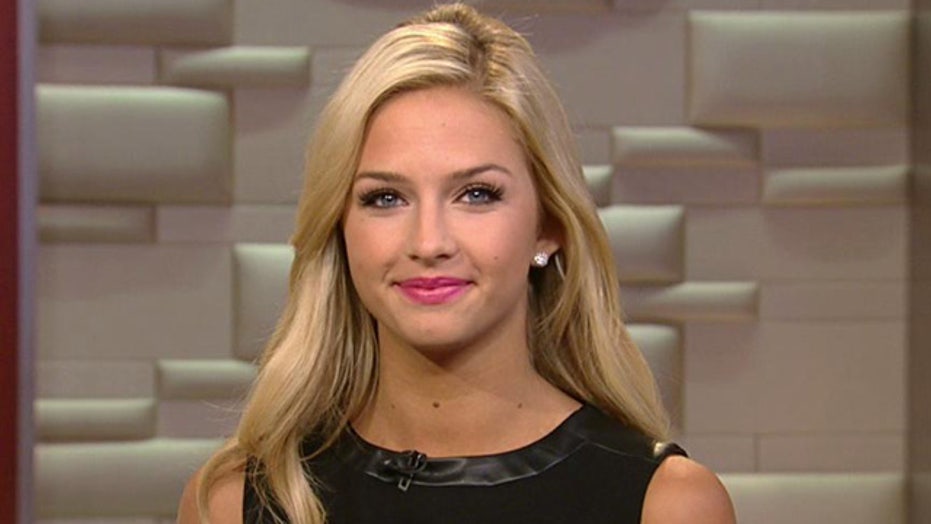 An update from Cassidy Wolf

SANTA ANA, Calif. – A 19-year-old man was charged Thursday with hacking webcams at the home of Miss Teen USA Cassidy Wolf and other women to extort nude photos and videos from them, with authorities contending he forced several women to strip.

Jared James Abrahams of Temecula surrendered to agents at the FBI office in Orange County to face a charge of extortion that could send him to federal prison for up to two years, FBI spokeswoman Laura Eimiller said.

He was later freed on $50,000 bail but a judge confined him to his family home, ordered him to wear a GPS monitor, and said he could only use the home computer for schoolwork, with software to be installed that will monitor its use.

Authorities said Abrahams knew Wolf, a 19-year-old graduate of Great Oak High School in Temecula who won the Miss Teen USA crown Aug. 9. She is identified only by her initials in the criminal complaint.

Last month, Wolf told the website of NBC's "Today" show that earlier this year she received an anonymous email in which the sender claimed to have stolen images from the camera on her home computer.

The sender of the email threatened to go public with images captured from Wolf's webcam unless she would provide nude pictures of herself, Eimiller said -- a crime commonly known as "sextortion."

Instead, Wolf went to authorities, and an investigation was launched in March.

A federal complaint filed on Sept. 17 and unsealed Thursday charges him with extortion but Eimiller said other charges are possible.

An FBI agent's affidavit, included in the complaint, contends that Abrahams used malicious software to remotely operate webcams to capture nude photos and videos of at least seven women as they changed clothes -- some of whom he knew personally and others he found by hacking Facebook pages.

The agent alleged that Abrahams, when interviewed, acknowledged controlling 30 to 40 hacked computers and extorting some women.

Abrahams, a college freshman majoring in computer science, allegedly would use the women's webcams to capture nude images, then send emails threatening to post them on their hacked social media accounts unless they either sent him nude photos, a nude video, or logged onto the Skype video chat service and follow his orders for five minutes.

According to the affidavit, the victims included several women from other countries.

One teenager in Ireland responded to the demands by writing: "Please remember I'm 17. Have a heart," according to the court record.

Abrahams allegedly responded: "I'll tell you this right now! I do NOT have a heart. However, I do stick to my deals. Also age doesn't mean a thing to me!!!"

He also allegedly received webcam photographs from women in Southern California, Baltimore and Russia, according to the court document.

Karen "Gary" Kazaryan of Glendale pleaded guilty in July to hacking into hundreds of social media and email accounts to get women to pose naked for him. Authorities said he targeted as many as 350 women. He pleaded guilty to identity theft and unauthorized use of a protected computer.

In December, a federal judge in Los Angeles sentenced Christopher Chaney of Florida to 10 years in prison after he broke into the personal online accounts of Scarlett Johansson, Christina Aguilera and other women and posted nude photos and other material on the Internet.