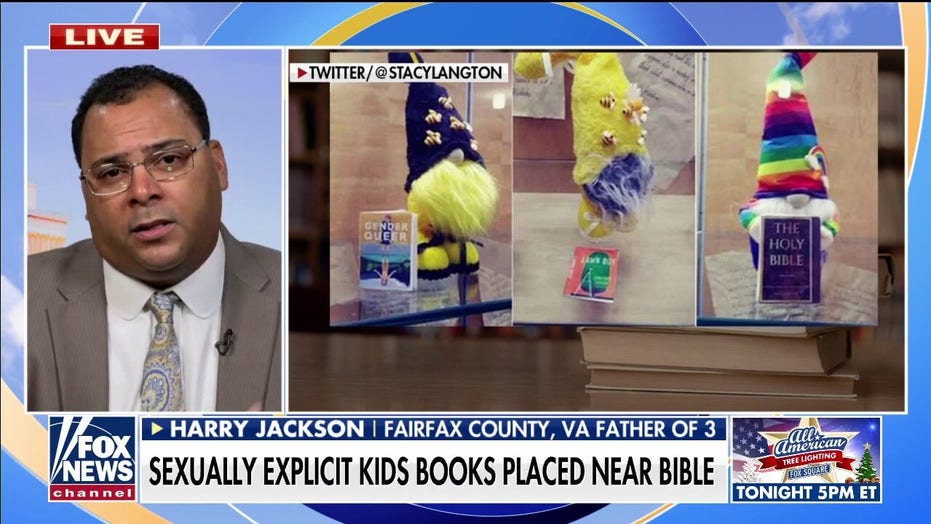 Fairfax County, Va. father Harry Jackson explains how woke culture has taken a turn when a school places the Bible next to explicit books

The U.S. Supreme Court rejected an emergency request to block a race-based admissions policy at an elite public school in Fairfax, Virginia, on Monday.

"The application to vacate the stay presented to The Chief Justice and by him referred to the Court is denied," the Court wrote in an unsigned order. The order noted that Associate Justices Clarence Thomas, Samuel Alito, and Neil Gorsuch would grant the application.

The case concerns Thomas Jefferson High School for Science and Technology, which U.S. News and World Report rated the best public school in the country. The Fairfax County School Board in 2021 overhauled the admissions process for the school, scrapping an aptitude test in favor of a system distributing the majority of slots to the top 1.5% of students at each of the county's middle schools – a system that officials said would increase racial diversity.

Parents sued the school, alleging that the new admissions policy discriminates against Asian Americans, who made up more than 70% percent of the student body.

U.S. District Judge Claude Hilton ruled in February that the new admissions policy was a discriminatory act of "racial balancing" and issued an injunction ordering the Fairfax County School Board to stop using the policy immediately. At the end of March, however, a three-judge 4th Circuit appeals panel decided the board could temporarily continue to use the race-based admissions policy.

A Fairfax County school bus sits in a depot, a day after it was announced the county would begin the school year all online, in Lorton, Virginia, U.S., July 22, 2020. (REUTERS/Kevin Lamarque)

According to the amicus brief, up until last year, the school used a merit-based admissions process to select students, but then switched to a race-based process meant as part of an "illegal effort" to align the magnet school’s student body with the racial composition of the surrounding region.

"Right now, there are innocent Virginians unfairly treated and punished not for anything they’ve done, but because of who they are," Miyares said in a statement earlier this month. "Thomas Jefferson High School’s new admissions process is state sanctioned bigotry – it’s wrong, and it’s the exact opposite of equality. As Attorney General, I’ll never stop fighting for the equal treatment and protection of all Virginians."