New York City is ‘a mess’ because ‘people are afraid’ to go back: Bartiromo

From subway attacks to shootings, violent crime is surging in New York City -- a startling reversal after years of record declines.

On Thursday, a 40-year-old woman was shoved onto the subway tracks in Manhattan's Union Square station just before a train pulled in. She fell between the rails and a row bed, police said, escaping with minor injuries. A suspect was immediately arrested.

Hours earlier on Wednesday night, a man was shoved onto the tracks of the 42nd Street-Bryant Park station by a panhandler after refusing to give him money, authorities said. The victim was able to get back on the platform and wasn't seriously hurt. A suspect was arrested.

Alex Weisman, a member of the original cast of Broadway's "Harry Potter and the Cursed Child," was attacked at an Upper West Side station Tuesday afternoon. He suffered fractures around his eye that required surgery.

NYPD'S NEW CHIEF OF PATROL ON HER NEW ROLE, HOW SHE PLANS TO COMBAT PRESSURE FROM CITY HALL 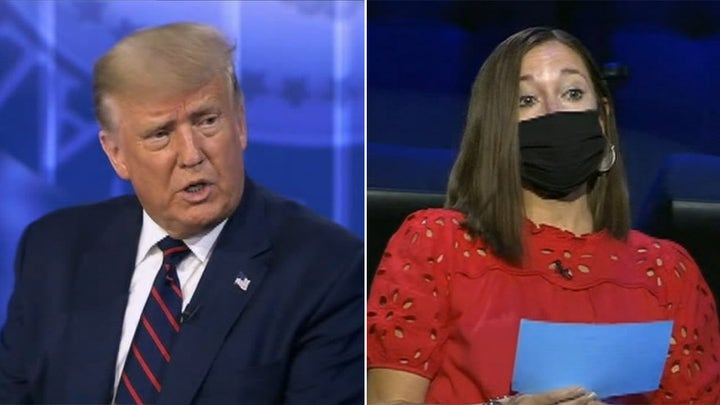 “It’s not fair to the people who are using this system,” Sarah Feinberg, NYC Transit interim president, said of the attacks during a Thursday news conference. “It’s not fair to the woman who experienced this today. We have a crisis in this city, and it absolutely has to be addressed.”

Mayor Bill de Blasio has blamed the latest crime surge in part on business and school closures related to the coronavirus pandemic.

“A lot of things we depend on to keep people safe and stable weren’t there,” he said Tuesday.

The increase in violence has given rise to fears that the city could be returning to darker times, decades ago, when residents feared for their safety amid a crack epidemic. The new crime wave comes as the city also grapples with a faltering economy and pressure to enact police reforms championed by racial justice advocates.

"It's almost like a perfect storm," Alfred Titus Jr., an assistant professor at John Jay College of Criminal Justice and a former NYPD homicide detective, previously told Fox News. "We had bail reform, then defunding the police, which cut the amount of officers on the streets and the overtime that could be made, and now we have COVID-19."

The NYPD declined to answer questions emailed by Fox News or provide a representative for an interview.

To help combat gun violence, the NYPD eliminated its Homeless Outreach and Shelter Security Unit  -- the team dedicated to assisting homeless New Yorkers -- over the summer and reassigned the officers.

Union leaders cite the slashing of the police budget, bail reform laws that sometimes force judges to release suspected criminals onto the streets and, most recently, a program that requires social workers and EMTs to respond to 911 mental health calls instead of cops.

"The City Council pretty much took away the ability of the NYPD to make arrests," SBA President Ed Mullins told Fox News. "We have cops out there right now that are hesitant to grab anybody simply out fear that if it goes bad we may get ourselves arrested."

In this photo provided by the New York Police Department, a weapon lies on the pavement that police say was used in the attempted carjacking of an off-duty NYPD officer early on Nov. 11 in the Brooklyn. The city is grappling with a surge in violent crime and more brazen criminals following the shoving of two people onto subway train tracks in separate incidents that occurred hours apart this week. (NYPD via AP)

Mullins cited the "diaphragm" law, an anti-chokehold measure that prohibits officers from sitting or kneeling on a suspect's back in a way that could constrict the diaphragm. The measure was made law following the police-involved death of George Floyd in Minneapolis.

Some of the recent crimes grabbing headlines appear to be more brazen and bizarre.

On Wednesday, a Brooklyn rapper surrendered to police after a video of him blasting a flamethrower into the night sky while atop a city bus went viral. The incident occurred Nov. 8 in Brooklyn's Bedford-Stuyvesant neighborhood.

No one was injured, but 25 passengers on board were transferred to another bus.

In another incident, a 70-year-old woman was hit in the face by a stray bullet Tuesday afternoon while riding a bus in Brooklyn. Two suspects are being sought.

A pair of parolees with multiple arrests allegedly broke into a home in Queens on Tuesday and held a family hostage during an hours-long standoff with police.

Earlier this month, a 64-year-old woman was robbed at knifepoint in Queens. The suspect violently grabbed her as she was walking and put a knife to her throat. He appeared to flee empty-handed, according to the New York Post.

Actor Rick Moranis was sucker-punched by a homeless man last month while walking near Central Park, according to police. The man accused in the attack is suspected in several others over the past several months. 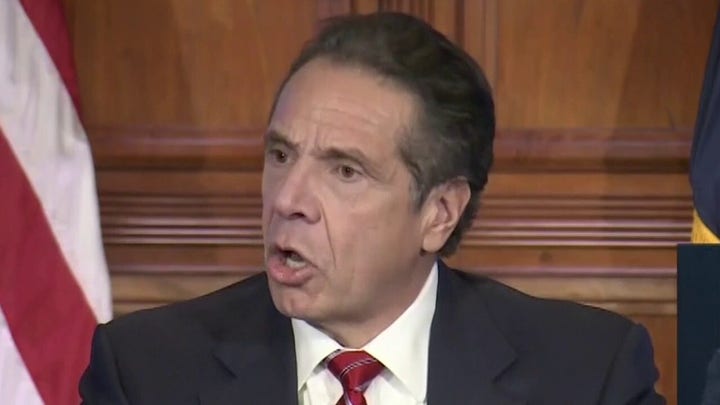 Some residents had enough of crime and coronavirus and have left the Big Apple.

More than 300,000 New Yorkers have moved out of the city in the last eight months, the Post reported, citing data from the U.S. Postal Service.

In a video released this week to announce his candidacy for mayor, Brooklyn Borough President Eric Adams, a former state senator and NYPD officer, said the city is "in a dark place right now."

"Whether it's the pandemic or violence in our streets, we don't feel safe," he said.

Over the summer, as nationwide protests raged over Floyd's death and a series of police shootings, the NYPD disbanded its anti-crime units -- teams of plainclothes officers that targeted violent crime in some of the most crime-ridden neighborhoods.

In a tweet thanking a man for stopping an attempted kidnapping of a baby, city councilman Robert Holden also decried the city's "diaphragm" ban.

The good Samaritan, Brian Kemsley, 33, restrained the man with a chokehold.

"Many thanks to Mr. Kemsley for stepping up and stopping an alleged kidnapping," Holden tweeted Wednesday. "Note that if Mr. Kemsley was a police officer, he would be facing criminal charges because of our city's reckless 'diaphragm ban' law, instead of being rightfully lauded as a hero."