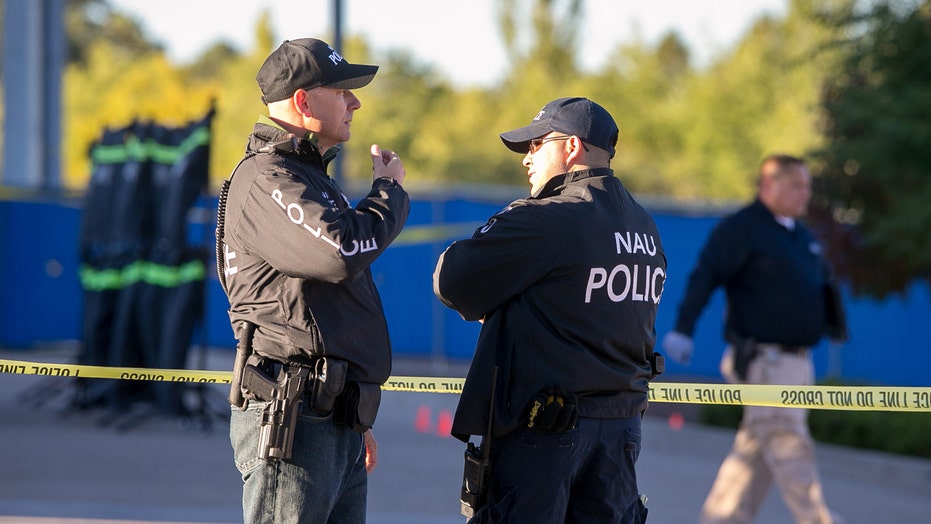 FLAGSTAFF, Arizona – One of three Northern Arizona University fraternity members wounded in a campus shooting had never met the student suspected of opening fire on the group, the victim's mother said Saturday.

Kimberly Prato said one of the first things she asked her son, Nicholas, when she saw him in a Flagstaff hospital was who shot him.

"He said 'Mom, I don't know the kid. I never saw him before in my life," Prato told The Associated Press. "He said 'I saw him for a second and then saw a flashlight and heard the gunshots.'"

Nicholas Prato suffered a gunshot wound to his neck in the early Friday shooting but was released by the afternoon.

"It completely went through his neck. If it was a quarter inch to the left, it would have hit his carotid artery," Kimberly Prato said.

Brough and Prato were best friends, according to Kimberly Prato. Nicholas Prato, a junior, attended a candlelight vigil Friday held by the fraternity.

"Nicholas felt a very strong urge to pay tribute to his best friend and to be with his brothers," Prato said. "He got up and dressed himself and was really adamant about not missing the vigil. He emotionally needed to do that."

Brough's father, Doug Brough, visited a makeshift memorial at the shooting site Saturday. Brough, of Castle Rock, Colorado, told The Arizona Republic (http://bit.ly/1R4AbaO) that he didn't understand why an 18-year-old had a pistol in his car.

"The only thing I have to say is somebody needs to do something about the gun laws," Brough said.

Jones was booked Friday on one count of first-degree homicide and three counts of aggravated assault. Jones told police he shot the group of students only after they hit him in the face and chased him, according to court documents. He also said he tried to administer first aid to one of the victims.

Prosecutors, however, said the suspect's account amounted to a "self-serving" statement and alleged Jones was the aggressor.

Despite defense attorney Burges McCowan's request that Jones be released to his parents in Glendale, Arizona, a judge ordered him held on a $2 million bond.

Northern Arizona University has more than 25,000 total undergraduate students at the campus in Flagstaff, a city about two hours north of Phoenix that is surrounded by mountains and ponderosa pines. The city of 70,000 people has a reputation for being a safe place and typically records only one murder per year.