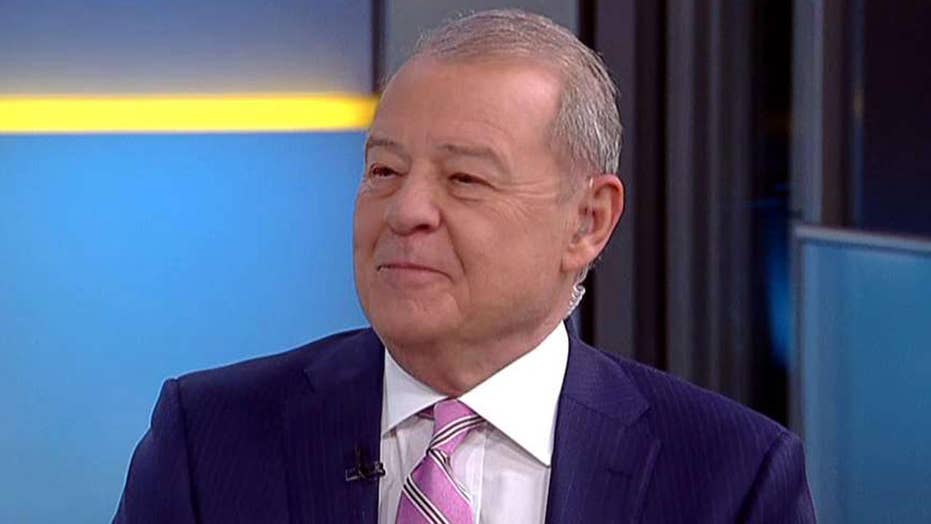 As stocks close at a record high after a months-long recovery, Fox Business Network's Stuart Varney said President Trump is the one to thank.

Stuart Varney, host of “Varney & Co.” on Fox Business, said Wednesday the new Wall Street record high can be attributed to the “Trump growth agenda,” which he said “has been wildly successful.”

Varney made the statements on “Fox & Friends” the morning after the S&P 500 hit an all-time high, recovering from last year's dramatic plunge.

“We’re in earnings season. That's the time when the big corporations tell us how much money did you make. That's what they are telling us right now,” said Varney, a Fox News business contributor on “Fox & Friends.”

WALL STREET'S IN RECORD GROUND. WHAT DO INVESTORS DO NOW?

“The expectation was the profits would go down. Instead, we got profits going up very nicely. I challenge you. Go and look at your 401(k). Look at your IRA. I guarantee you will smile because since President Trump was elected in November of 2016, the value of all stocks has gone up by $9.4 trillion.”

He added, “Middle America has got a piece of that, your 401(k), your pension plan, you got a piece of that. And it's gone up like that because of the Trump growth agenda. It has been wildly successful. The economy is expanding. The market’s at record highs.”

Varney predicted the economy will continue to do well “if profits continue to go to record levels.”

Last month, the White House touted economic numbers that some well-known economists once predicted would never happen under President Trump.

The conflicting predictions came early in 2017, when Trump and his official budget proposal forecast more than 3 percent annual economic growth under his presidency.

According to the Bureau of Economic Analysis, the economy grew at a 3.1 percent rate from the fourth quarter of 2017 to the fourth quarter of 2018, one measure of annual growth. That marked the first time in 13 years that it had been over 3 percent, the White House noted. The administration attributed the gains to tax cuts, deregulation and other pro-growth policies.

“I believe 41 states are now bringing in more money than they did I think 10 years ago before the crash. So you’re back to where you were before the crash. That is entirely the result of President Trump's growth agenda,” Varney said Wednesday.

“The economy is growing, 3, maybe a bit more than that 3 percent. The stock market record highs. In comes the money to state governments. It's a success story. It's the Trump growth agenda success story. Case closed.”