The art of 'no deal': President Trump receives bipartisan praise for ending Hanoi summit without an agreement

Trump says he was unwilling to give in to North Korea's demand that the U.S. lift all sanctions without an iron-clad promise from Kim Jong Un to eliminate his nuclear arsenal; reaction and analysis from the 'Fox News @ Night' Power Panel.

The White House is touting new economic numbers that famous economists once predicted would never happen under President Trump.

The conflicting predictions came early in 2017, when Trump and his official budget proposal forecasted more than 3 percent annual economic growth under his presidency.

The data are in and the economy grew at a 3.1 percent rate from the fourth quarter of 2017 to the fourth quarter of 2018, one measure of annual growth, according to the Bureau of Economic Analysis. That is the first time in 13 years that it’s been over 3 percent, the White House notes. The administration attributes the gains to tax cuts, deregulation and other pro-growth policies.

GOVERNMENT REPORT SAYS US BUDGET DEFICIT SET TO HIT $897B 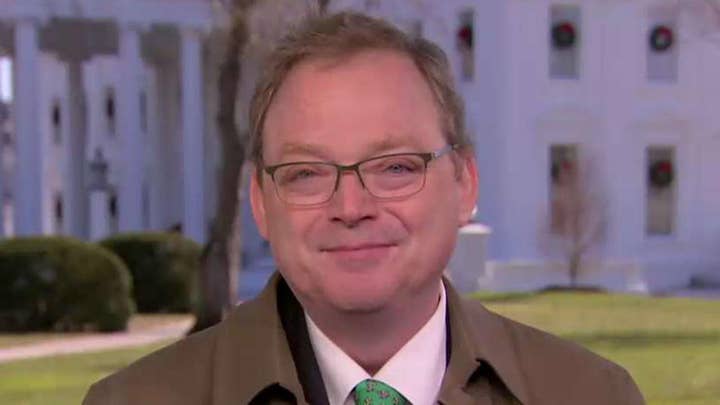 Former Harvard President and Obama economic adviser Larry Summers was one of the most outspoken in saying such growth wouldn't happen.

"The budget forecasts that U.S. economic growth will rise to 3.0 percent because of the administration’s policies," Summers wrote in a 2017 Washington Post article.

Criticism of the 3 percent estimate had been widespread. Nobel-prize winning Princeton economist Paul Krugman also called such growth "implausible" while also adding that it's "not impossible, but not something that should be anyone’s central forecast."

In 2016, Krugman also predicted that, because Trump won the election, "we are very probably looking at a global recession, with no end in sight."

Summers and Krugman did not respond to requests for comment. 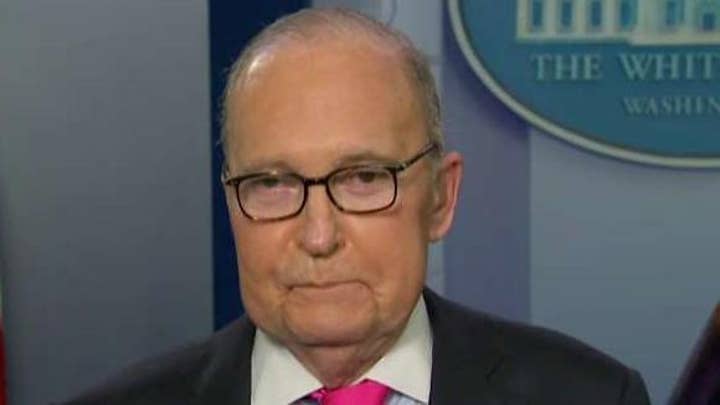 Kevin Hassett, Chair of Trump’s Council of Economic Advisors, told Fox News that, “They were wrong because they failed to update their model to account for the latest developments in the scientific literature.” He added that tax cuts for companies helped drive growth beyond what many predicted.

Media outlets had also piled on in 2017 to assail the 3 percent projection.

At the Los Angeles Times, Pulitzer-prize winning reporter Michael Hiltzik ran a piece in 2017 titled, "If Trump thinks he can get more than 3% economic growth, he's dreaming."

Hiltzik still defends his prediction, noting that when growth is measured in a slightly different way -- comparing the entire year of 2017 to the entire 2018 -- growth is actually 2.9 percent instead of 3.1 percent -- just short of the target.

"It’s 2.9 percent... it points to the difficulty Trump has faced in reaching his promised goal on a sustained basis," Hiltzik wrote in a February 28 article doubling down against Trump administration predictions.

The Bureau of Economic Analysis presents both the 2.9 percent figure and the 3.1 percent figure side-by-side in its tables. They are different methods of calculating the same thing: annual growth.

The White House notes that Obama’s former chairman of the Council of Economic Advisors, Jason Furman, calls the 3.1 percent method “a better measure of how the economy actually performed in 2018.” The council “has done it that way for decades,” Hassett noted.

That's because the 3.1 percent measure more directly looks at growth in 2018. The 2.9 percent measure, on the other hand, is impacted by the GDP number from way back in the first quarter of 2017.

Her article mentioned that Trump's economic advisors said tax cuts and deregulation would do the trick, but she chided, "that's not how GDP growth works."

She also quoted Carnegie Mellon University economics professor Lee Branstetter, who said, "it's essentially mathematically impossible to get the growth they're talking about."

Asked by Fox News about that prediction, Branstetter said a single year of 3 percent growth didn’t cut it.

“I never meant to claim that 3 percent growth in one year was mathematically impossible, especially if an administration is willing to run massive fiscal deficits in peacetime. But moving the US to a permanently higher growth trajectory of 3 percent or better IS mathematically impossible under current conditions,” Branstetter told Fox News. He cited immigration limits and the need for faster productivity growth as conditions preventing a long-term growth rate of 3 percent or greater.

In line with that, the Federal Reserve has not increased its long-run forecast for the economy, despite the economic growth in 2018. Before Trump’s win, the Fed predicted 1.8 percent long run annual growth; in its most recent estimate, it still predicts 1.8 percent long-run growth.

The Fed’s forecasts don’t always turn out right. Before Trump’s win, in September 2016, Fed forecasters predicted just 2 percent growth for 2018, even though it turned out to be around 3 percent.

A 1 percent difference in GDP growth works out to $187 billion dollars, or about $500 per American. 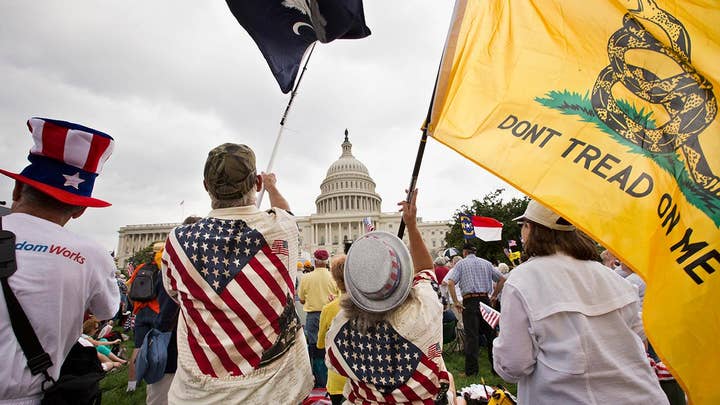 Branstetter pointed to forecasts that predict slowing growth in the future.

“The sugar high from Trump’s tax cuts will fade, and reality will set in. In fact, data from the fourth quarter suggest it is already happening.”

Back in 2017, not all analysts called Trump’s predictions hopeless. The financial outlet Bloomberg ran with: "Trump’s goal of at least 3 percent to 4 percent won’t be easy, yet it’s not entirely unattainable." CNNMoney's Paul La Monica wrote an article quoting a cement company CEO and a Wall Street financial analyst who both said 3 percent growth was likely to happen under Trump.

"Even if the economy grows at a more modest 3 percent clip over the next few years, Trump will likely be able to take a victory lap," La Monica wrote.

The White House is now taking that victory lap, and Hassett says it vindicates Trump’s economic models and policies.

“We use state-of-the-art models to forecast GDP growth.  We nailed our estimates,” Hassett said.

“No other Administration has been office for two full forecasting cycles without having experienced growth that falls below an official forecast for a calendar year,” he added. “For that reason, we believe our models and what they tell us about next year.”