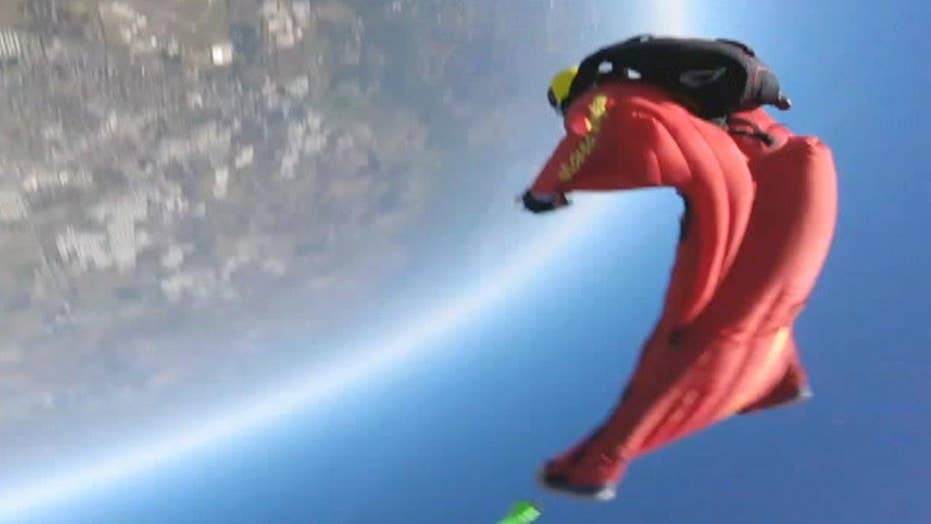 Helmet camera video released Wednesday showed the moment two skydivers crashed into each other midair, knocking one of them unconscious right away.

"I remember leaving the airplane, and then approximately 5 seconds later, we collided," Sebastian Leal told Fox 13. "My next memory is lying on the ground in pain."

Leal's reserve chute deployed, and he survived despite hitting power lines on the way down.

Doctors say the crash paralyzed him from the waist down and fractured four vertebrae, but he claims it's all temporary, and he hopes to fly again someday.

he has four fractured vertebrae and is but says he believes that's temporary.

Officials say the other skydiver made it to the drop zone at Skydive City in Zephyrhills. He was airlifted to Tampa General Hospital in serious but stable condition.