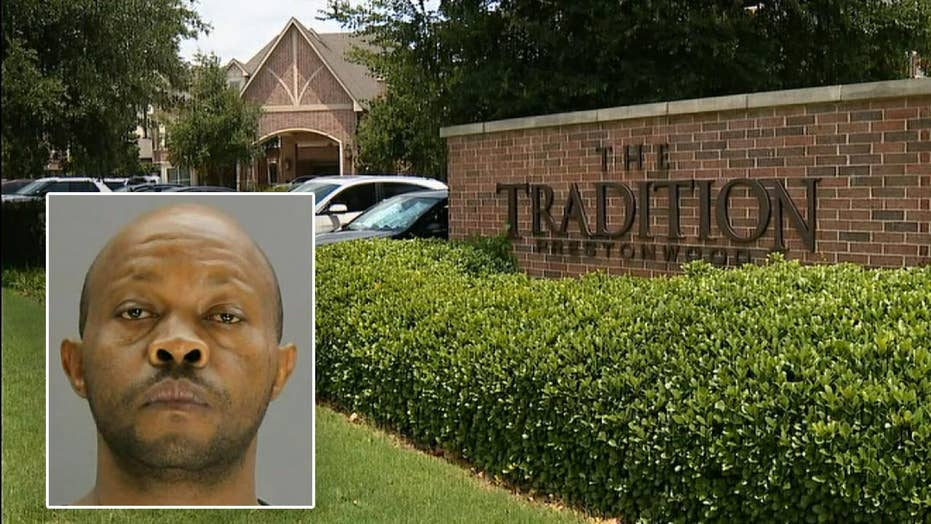 New lawsuit alleges Billy Chemirmir, who was charged with killing 12 elderly people, could be responsible for the 2016 deaths of residents of a nursing home in North Dallas.

A Kenyan man living in the U.S. illegally who is already charged in the deaths of 12 elderly women in Texas may be behind the killings of six other elderly people, according to a set of lawsuits filed Tuesday.

Billy Chemirmir, 46, has been in custody since March 2018 when he was arrested for the death of 81-year-old Lu Thi Harris in Dallas. Last month, he was charged in the deaths of 11 other elderly women, ranging from 76 to 94 years old, according to Dallas County District Attorney's Office spokesperson Kim Leach.

Authorities said Chemirmir posed as a maintenance worker or health care provider, and he stole jewelry and other valuables from his victims.

ALLEGED SERIAL KILLER, A KENYAN MAN IN THE US ILLEGALLY, IS CHARGED IN MULTIPLE DALLAS-AREA DEATHS

In the six lawsuits filed Tuesday in Dallas County, independent living facility The Tradition-Prestonwood is accused of failing to keep residents safe and hiding suspicious circumstances surrounding their deaths.

The lawsuits filed on behalf of family members and advocates of the alleged additional victims say plaintiffs anticipate Chemirmir will soon be indicted for the deaths of the five women and one man.

“What was shocking is that this person was allowed to be there in the first place,” Trey Crawford, an attorney for victims' families, told FOX4. “He literally roamed freely, stalking his next victim, posing as a maintenance man, walking around, knocking on doors."

Two of the people Chemirmir is already charged with killing also lived at The Tradition-Prestonwood. The lawsuits say the deaths of those two people and the six alleged additional victims were unexpected, and, in most cases, valuables were missing from their apartments. The lawsuits also claim those eight deaths at the independent living facility occurred within a four-month span in 2016.

According to the lawsuits, the killings started with Joyce Abramowitz, who was found dead and alone in her apartment in July 2016. There is no indictment against Chemirmir for her case, and the district attorney's office told FOX4 it could not comment on any more indictments which might be coming.

One of the alleged additional victims, an 87-year-old woman, told her daughter several times in the weeks before her death she was uneasy because a lot of otherwise healthy people had unexpectedly died at the facility, one of the lawsuits filed Tuesday alleges.

The woman, who had gone dancing the night before her death, even mentioned she should maybe move during a conversation with a friend. The lawsuits said the woman and her family "did not know everything The Tradition knew, and so she stayed — at the ultimate cost."

TEXAS HOME NURSE, REPORTEDLY IN THE US ILLEGALLY AND FACING MURDER CHARGE, NOW BEING EYED IN OTHER DEATHS

Attorneys added that, in many cases, families were told the deaths were of likely natural causes, and The Tradition-Prestonwood failed to properly investigate any of the burglaries, including several which happened before the suspected murders.

"Any death was investigated by Dallas police and the Dallas County Medical Examiner and ruled as attributed to natural causes," the facility said in a statement. "Additionally, there were two autopsies which also confirmed death by natural causes. Those rulings stood for more than 27 months."

The Tradition-Prestonwood added it cooperated with all authorities and any allegations that its CEO withheld information "are absolutely false."

Dave Wishnew, one of the attorneys representing the plaintiffs, told The Associated Press the families want accountability.

"If you are going to promise to provide exceptional, state-of-the-art safety and security to the most vulnerable people in our community — the elderly — then you have to fulfill those promises," Wishnew said.

Chemirmir, who overstayed his tourist visa and was never deported, remains at the Dallas County Jail.