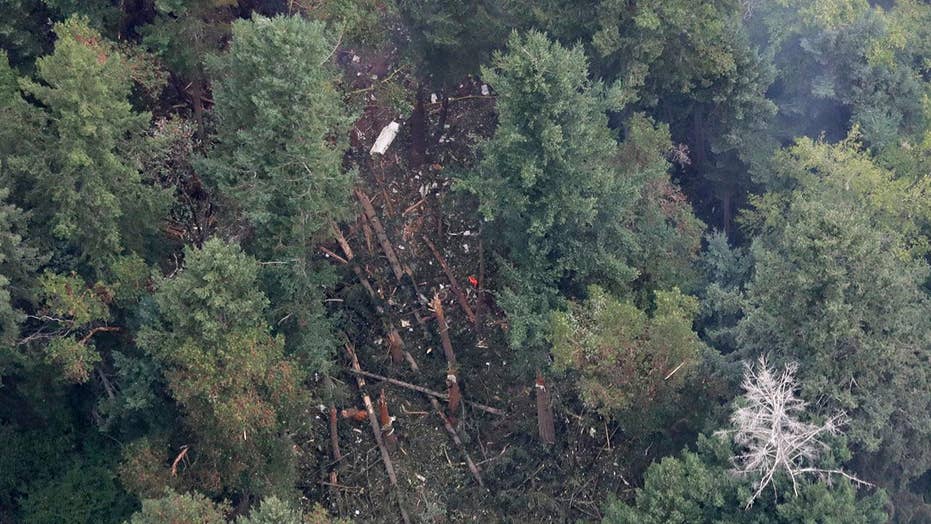 Family members of the airline employee who stole and crashed the airplane release a statement; Jeff Paul shares latest details.

The 29-year-old man who stole a Horizon Air turboprop plane from Sea-Tac International Airport and crashed it on an island in Puget Sound on Friday night performed a series of loops and said he’d attempt a barrel roll — and now, investigators say they’re trying to learn how he attained the skill to perform those dangerous maneuvers.

“If he had the skill set to do loops with a plane like this, he certainly had the capacity to fly it into a building and kill people on the ground,” said Erroll Southers, a former FBI agent and transportation security expert.

Officials said Richard Russell — who was a football player, wrestler and discus thrower at Wasilla High School in Alaska — was a 3 1/2-year Horizon employee and had clearance to be among aircraft, but that to their knowledge, he wasn’t a licensed pilot. He took the empty plane from a maintenance area.

Alaska Airlines said the suspect was a ground service agent employed by Horizon. Those employees direct aircraft for takeoff and gate approach and de-ice planes, as well as handle baggage.

Gary Beck, CEO of Horizon Air, said it wasn’t clear how the man knew to start the engine, which requires a series of switches and levers.

“I think I’m going to try to do a barrel roll, and if that goes good I’ll go nose down and call it a night,” Richard Russell said from the cockpit, according to a recording of his conversation with the controller.

This undated image posted to Richard Russell's YouTube channel shows Russell, an airline ground agent. Investigators are piecing together how Russell stole an empty commercial airplane, took off from Sea-Tac International Airport in Seattle, and crashed into a small island in the Puget Sound in Washington. (Richard Russell/YouTube via AP)

“The greatest threat we have to aviation is the insider threat,” said Southers. “Here we have an employee who was vetted to the level to have access to the aircraft and had a skill set proficient enough to take off with that plane.”

Video showed the Horizon Air Q400, a turboprop plane that seats 76 people, doing large loops and other dangerous maneuvers as the sun set on Puget Sound. The flight lasted about 75 minutes, and ended Friday night when Russell crashed into the small island after being chased by military jets. The two F-15C aircraft scrambled from Portland didn’t fire the plane, authorities said.

The plane crashed on tiny Ketron Island, southwest of Tacoma, Washington. Video showed fiery flames amid trees on the island, which is sparsely populated and only accessible by ferry. Investigators expect they will be able to recover both the cockpit voice recorder and the event data recorder from the plane.

An air traffic controller was heard in audio recordings trying to persuade him to land the airplane.

“There is a runway just off to your right side in about a mile,” the controller said, referring to an airfield at Joint Base Lewis-McChord.

“Oh man. Those guys will rough me up if I try and land there,” Russell responded, later adding, “This is probably jail time for life, huh?”

Later Russell said: “I’ve got a lot of people that care about me. It’s going to disappoint them to hear that I did this ... Just a broken guy, got a few screws loose, I guess.”

Russell went by “Beebo” on social media, and on his Facebook page, which had limited public access. He said he was from Wasilla, Alaska, lived in Sumner, Washington, and was married in 2012.

In a humorous YouTube video he posted last year, he talked about his job and included videos and photos of his various travels.

The airline mechanic’s stunt left many who knew him beyond shock.

Track and field coach Gary Howell from his high school said he was “absolutely the kind of kid you want on your team.”

“He had that energy, that vibrance,” Howell said. “He was that kid you high-five in the hallway even if you don’t know him.”