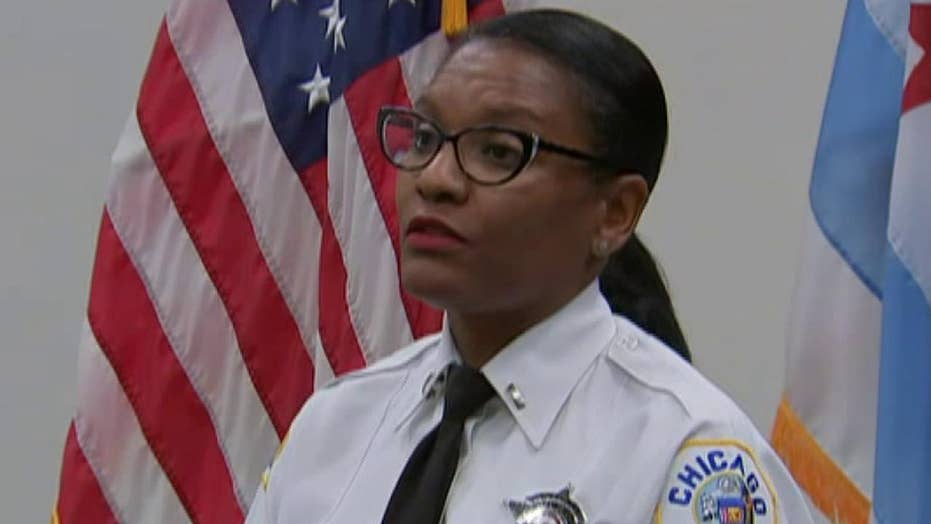 The police previously stated that they suspected foul play in Cole's disappearance one year ago.

Kierra Coles, the Chicago woman who was 26 when she vanished, was three months pregnant when she was last seen on Oct. 2, 2018, walking around outside her South Side apartment. That same day, she called out sick.

The U.S. Postal Service letter carrier was due to give birth on April 23.

Her family members have said they believe she's still alive.

Surveillance video showed Coles wearing her uniform and walking up and down a street the morning she vanished, according to WBBM-TV.

Following the disappearance, Coles’ purse and cellphone were found in her car, which was reportedly parked on her block.

Chicago police have been working with the postal Inspection service to find Coles, but new information has not been released. Last October police said they suspected “possible foul play.”

“It’s frustrating for everyone that’s involved because our federal agencies, we’re all working together and trying to get any information that we can to locate Kierra,” Chicago Police Lt. Senora Ben told reporters at a news conference on Thursday.

Ben added that someone must know something and said police are urging anyone with information to come forward.

Kierra Coles is described as being 5-foot-4 and 125 pounds, with a “Lucky Libra” tattoo on her back and one of a heart on her hand. (Chicago Police Department)

Coles’ family and the U.S. Postal Service have offered more than $46,000 in reward money for information leading to her whereabouts, WBBM-TV reported.

“It’s a struggle to wake up every day not knowing where your child is,” her mother, Karen Phillips, said in August. “We have hope. We know Kierra is coming home, we are going to bring her home. We are not going to stop until she is home.”

Coles is described as being 5-foot-4 and 125 pounds, with a “Lucky Libra” tattoo on her back and one of a heart on her hand.