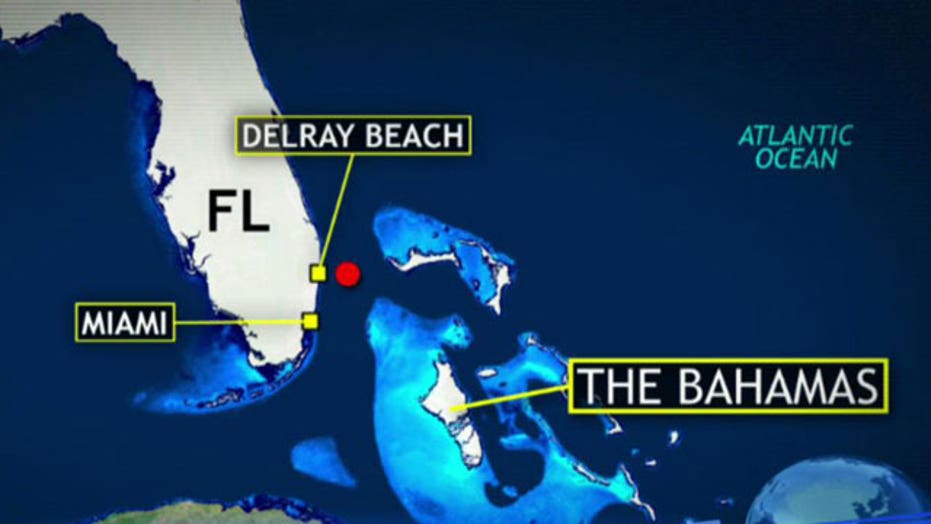 The search was continuing early Monday for a South Carolina man who witnesses say jumped from a cruise ship 27 miles off the coast of Delray Beach.

The Coast Guard, which was scouring the area by air and sea, identified the missing man as James Miller, 30, of Charleston, S.C., according to the Orlando Sun-Sentinel. Officials were notified of the incident aboard a Bahamas Celebration ship by the Fort Lauderdale-based Celebration cruise line at approximately 2 a.m. Sunday, according to Coast Guard spokeswoman Sabrina Laberdesque.

"There were witnesses," Celebration spokesman Glenn Ryerson said Sunday night. "We did our search on the water, in the approximate area where he went overboard."

The Coast Guard sent a ship from the Lake Worth inlet station to search the sea, along with an 87-foot patrol boat; a rescue helicopter and a patrol plane.

The cruise ship docked in West Palm Beach at 9 a.m. Sunday, and left for Freeport, The Bahamas at 6:30 p.m., an official said.

About two years ago, a 47-year-old Canadian woman went missing off the Bahamas Celebration as it was returning to Florida. Coast Guard crews called off their search for the woman after covering an area of some 7,300 square miles.

The Bahamas Celebration is a six-deck cruise ship that can hold 1,250 passengers in 502 cabins. It was introduced in 2009 and offers two-night cruises to the Bahamas archipelago off Florida's east coast.