Fox News senior correspondent Claudia Cowan reports from Sausalito, California on a viral video from San Francisco showing multiple vagrants in a physical altercation in just the most recent example of the city's decline on 'America Reports.'

San Francisco's newly-appointed district attorney said underage suspects will only be prosecuted as adults when they are accused of committing "heinous" crimes "that shock the conscience of the community."

The new policy is a different approach from former San Francisco District Attorney Chesa Boudin, who had a blanket ban on charging juveniles as adults under any circumstance before he was recalled by voters in June.

Under Brooke Jenkins, the district attorney's office will only transfer the cases of defendants ages 16 and 17 to adult court for serious allegations, including murder, attempted murder, sexual assault, kidnapping and torture.

Before a teen is charged as an adult, the case will be reviewed by the newly created Juvenile Review Team, Jenkins said Tuesday.

"Juveniles of color have been disproportionately charged as adults in the American criminal justice system. We must always presume that our justice-involved youth should remain in the juvenile justice system where they have access to supportive services," she tweeted. "I also have to recognize that as a DA’s office we must retain prosecutorial discretion to ensure that we protect the public and deliver justice in our most serious and egregious cases that is fair and proportional."

The Juvenile Review Team will review the cases before making a recommendation to Jenkins, who has the final say.

The American Civil Liberties Union of Northern California said such policies for young defendants have historically been used against minority suspects. 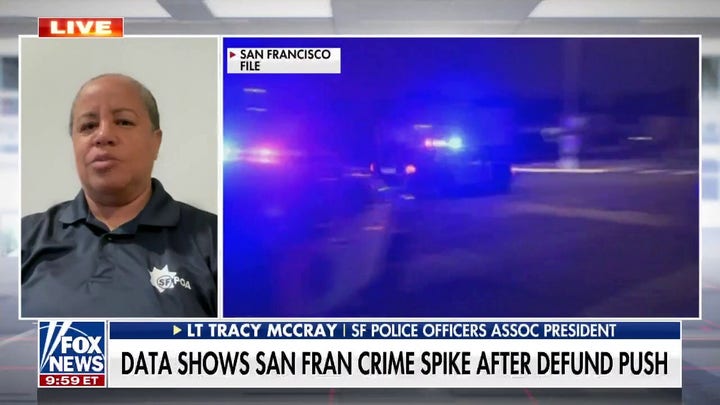 "Adult prosecution of children has always been applied in a very racist way, both in San Francisco and elsewhere," said Yoel Haile, director of the criminal justice program for the ACLU of Northern California. "Black and Latino youths are significantly more likely to be prosecuted as adults than their white peers."

Other California prosecutors have chosen to shield underage suspects from adult court. Los Angeles County District Attorney George Gascon has received backlash and been on the end of two failed recall efforts over many of his policies, including his office's handling of juvenile cases.