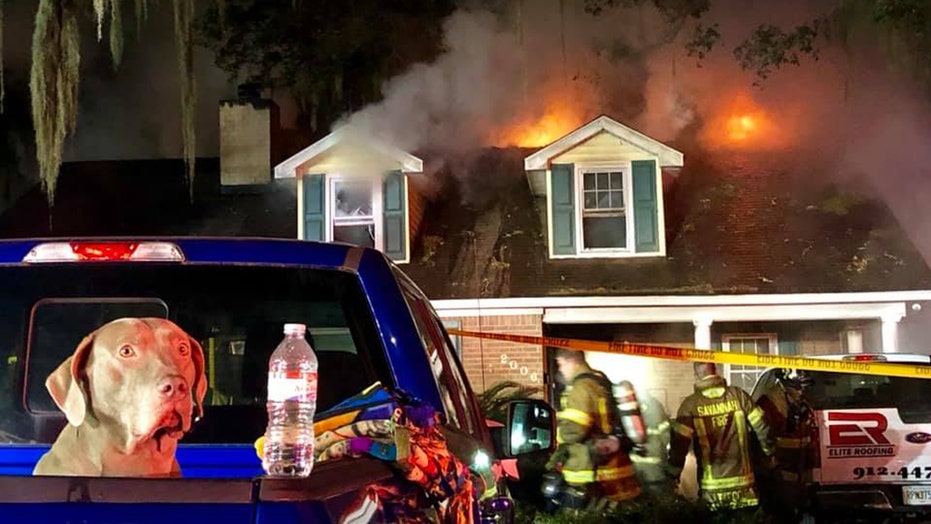 A dog named Sammy was being credited with sensing danger and, as a result, helping to save a Georgia family of five from a fire that caused extensive damage to their home.

Savannah firefighters said the household pet's loud barking alerted the five family members to the raging fire in the rear of the home early Friday. They had been sleeping.

Household pet Sammy was credited with alerting his owner and family to a raging fire in their home Friday in Savannah, Georgia.  (Savannah Fire Rescue)

A photo on the department’s Facebook page showed Sammy seated in the back of a pickup looking toward the camera as firefighters battled the fire behind him.

Another dog and two cats were not so lucky.

"Firefighters tried but were unable to revive them," fire officials said, according to WJCL-TV.

The house sustained extensive smoke and fire damage, according to firefighters.

They blamed the fire on a freezer.