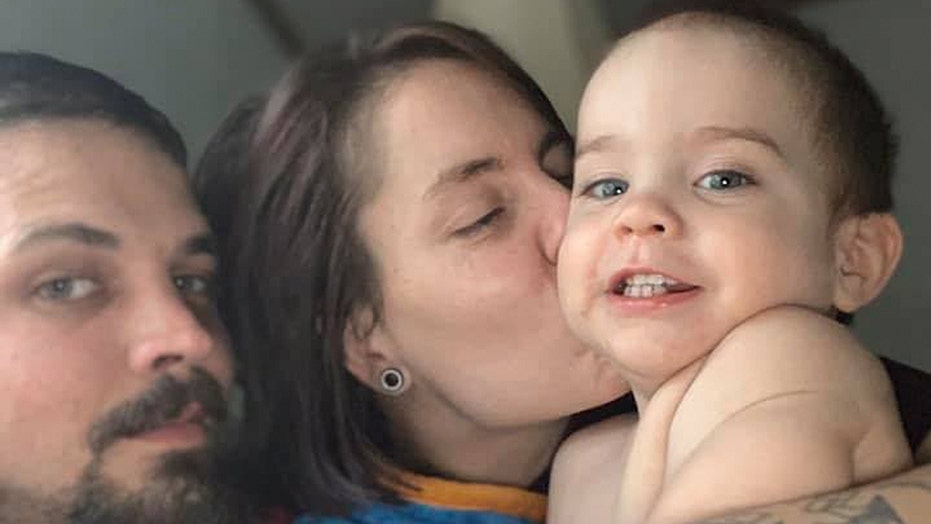 An Arkansas toddler died over the weekend after he ran back into a burning house to rescue the family dog, officials say.

Loki Sharp died Saturday after he went into his family’s Gentry home sometime after 5:00 p.m. to look for a dog which had become trapped in a house fire, the Northwest Arkansas Democrat-Gazette reported, citing Gentry Fire Chief Vester Cripps.

Cripps said the fire started while the family was home, although not inside the residence, and that Loki likely got separated from his parents while they called for help and tried to extinguish the flames.

He said that’s when the 23-month-old went inside the house to look for the family dog.

Loki is survived by his parents Kurtis Sharp and Deshay Wilson and his eight siblings. He died just a month shy of his second birthday. (Facebook)

“I just wanna stop here and say never take your children for granted. Cherish every waking moment with them!!!! We love u bubba and we know your in a better place!!!!”

“It’s so hard not having u here in my arms and I know ur here at nons and papas u show it every day but it’s not the same. I’ll always cherish the last time I held u in my arms,” Sharp said in a separate post.

“I’d give anything to have taken your place that day but I have to now try to come to terms and cope the best I can.”

Cripps told NBC News that while the fire is still under investigation, officials believe it was an electrical fire sparked by an overloaded circuit.

Loki is survived by his parents Kurtis Sharp and Deshay Wilson and his eight siblings. He died just a month shy of his second birthday.