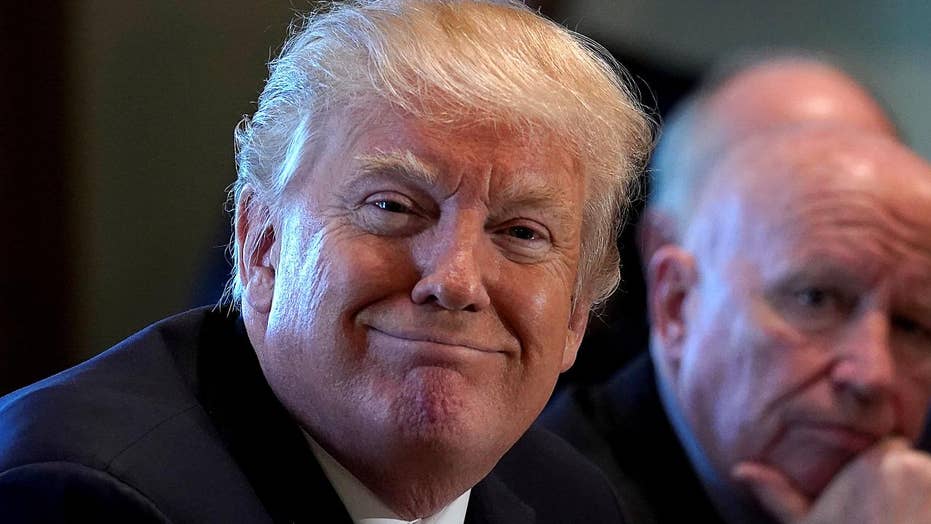 The House Intel committee has completed their Russia investigation, stating they’ve found no evidence of collusion by either campaign. Former Trump campaign manager Corey Lewandowski shares his thoughts on 'The Story.'

The Russian Embassy took to Twitter Monday night with a string of snarky tweets dismissing alleged meddling in the 2016 presidential election.

The tweets were sent about an hour after Republicans on the House Intelligence Committee wrapped up an inquiry into the Russia probe, revealing they found "no evidence of collusion, coordination, or conspiracy between the Trump campaign and the Russians."

The embassy photoshopped images together to make it appear as if a helicopter was shining a searchlight on its building in Washington, D.C.

“What was American helicopter searching for at the Russian Embassy's premises yesterday night?” the embassy tweeted, tagging the State Department, Ministry of Foreign Affairs of the Russian Federation and several other accounts.

The embassy then asked if it was a “'strange' malfunction of navigation equipment the center of the U.S. capital? Or another desperate attempt to find traces of #RussianMeddling?”

A D.C. police spokesman told The Washington Post that a helicopter was dispatched at 10:19 p.m. Sunday north of the embassy and was responding to a potential robbery with a gun. The chopper circled the area for around 20 minutes before ending its investigation.

The newspaper noted that the images posted by the embassy did not have dates and that police regularly patrol the city from above.

"Anybody who lives in D.C. knows that," D.C. police spokesman Sean Hicksman told The Washington Post.

The embassy continued its Twitter tirade by citing the words of Texas Republican Rep. Mike Conaway, who led the bipartisan investigation.

All “Russia investigations” (not only in the US) are destined to end as @ConawayTX11 brilliantly concluded: “only Tom Clancy could take this series of inadvertent contacts, meetings, whatever, and weave that into some sort of a spy thriller that could go out there”#JackRyan," the tweet read.

The hashtag “#JackRyan” refers to a Clancy book character. It also included Russian-language covers of the Clancy novels “Rainbow Six” and “Debt of Honor.”

This isn't the first time the Russian Embassy has mocked the U.S.

In a Fourth of July tweet in 2017, the embassy pointed out the origins of a Fourth music staple, explaining that it was actually written to commemorate one of Russia's victories during the Napoleonic Wars in the early 1800s.

In December 2016, the Russian Embassy in the U.K. responded to sanctions declared by President Obama in response to Moscow's U.S. election-related hacking.

The embassy tweeted a picture of a "LAME" duck, since Obama had just weeks left in his presidency.