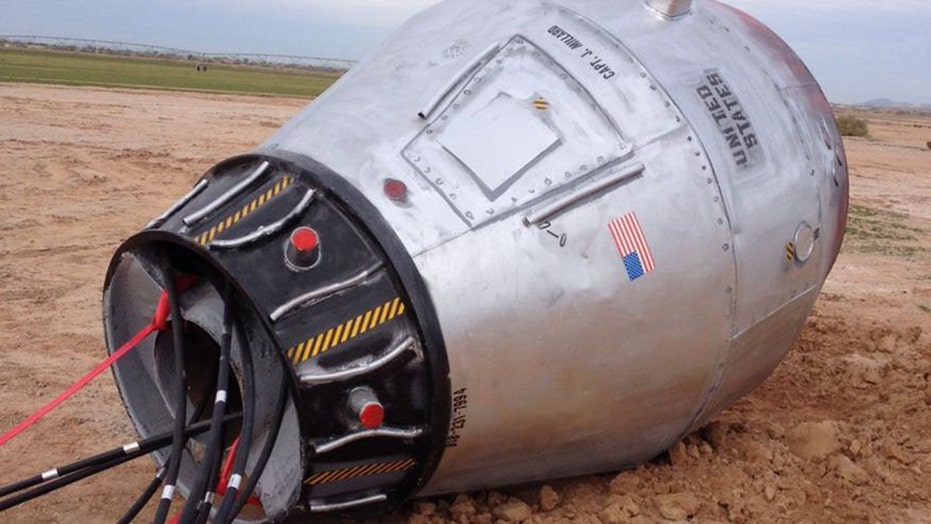 A space capsule-like item on the side of an Arizona interstate caught the attention of drivers Monday who may have thought astronauts touched down in the desert.

Several people traveling along Interstate 10 just outside Casa Grande, Arizona -- about 50 miles south of Phoenix -- contacted authorities after spotting the capsule, which turned out to be a cement truck drum repurposed into a piece of art, Fox 10 reported.

It appears an artist got creative near Casa Grande and turned a cement truck drum into a space capsule! Caused a stir on #I10 this morning. pic.twitter.com/dVLEwUfqYA

The capsule had a parachute attached to it, in addition to having the words "United States and Capt. J. Millard" along with an American flag emblazoned on the side.

The artist behind the creation, Jack Millard, told the Arizona Republic he was driving through the area, spotted the abandoned cement truck sitting in the field and thought it looked like the capsules astronauts would use for space missions. He began the transformation project on Feb. 2 with the help of another artist.

"I just get these impulses to create," he told the newspaper.  "It’s a glorified yard ornament."

Millard told the Arizona Republic he explained to motorists and police who pulled over the capsule was just an art project.

"I don't know what to expect," Millard said. "If they enjoy it, that's great. We live in such a cynical, jaded world. If it distracts them for a moment, that's a wonderful thing."