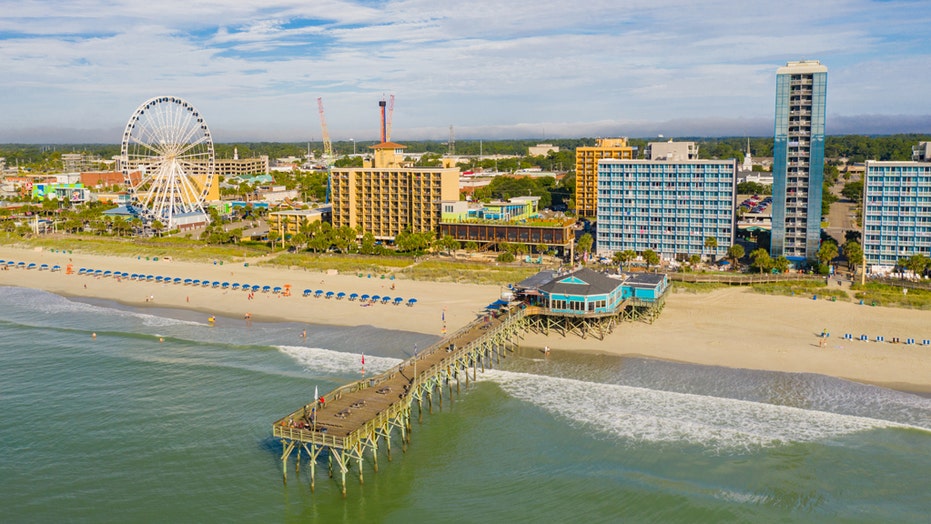 Two people drowned on Friday in separate incidents along South Carolina beaches after they appeared to get caught in rip currents, according to officials.

The Horry County Coroner's Office said in a news release the incidents happened Friday afternoon at two beaches on the Grand Strand.

The first incident took place in Myrtle Beach on a beach near 16th Ave. North when 52-year-old Franklin Morris of Jacksonville, Fla. was pulled from the water.

He was transported to the emergency room at Grand Strand Medical Center, where he was pronounced dead around 1:50 p.m., according to Deputy Coroner Darris Fowler.

Two drownings on Friday on South Carolina beaches, including one in Myrtle Beach, appear to be caused by rip currents, according to officials. (iStock)

The Myrtle Beach Police Department said they were investigating the incident. 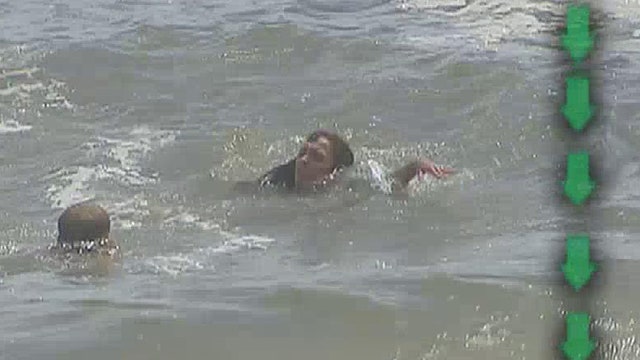 How to survive a life-threatening rip current

Around the same time, officials said that 71-year-old Allan Eschner of Surfside Beach, S.C. was swimming near the Holly Beach Access area in Garden City located south of Myrtle Beach when he ran into trouble and was pulled from the water.

Eschner was transported to Waccamaw Medical Center, where he was pronounced dead at 2:08 p.m. on Friday, according to Fowler. The Horry County Police Department said it's investigating that incident.

Both men appeared to have been caught in rip currents while swimming Friday afternoon.

The following day, the Myrtle Beach Fire Department said double red flags were flying due to rip currents in the area.

"Please be careful when entering the water, and if you’re not sure of what the conditions are or what the flags mean ask a lifeguard or Ocean Rescue crew!" fire officials said.

According to the National Oceanic and Atmospheric Administration's (NOAA) National Ocean Service, rip currents are powerful, narrow channels of fast-moving water that can move up to speeds of eight feet per second.

A guide to rip current risks and how to respond. (National Park Service)

It’s estimated that 100 people are killed by rip currents annually.

"If caught in a rip current, don't fight it! Swim parallel to the shore and swim back to land at an angle," the agency states.