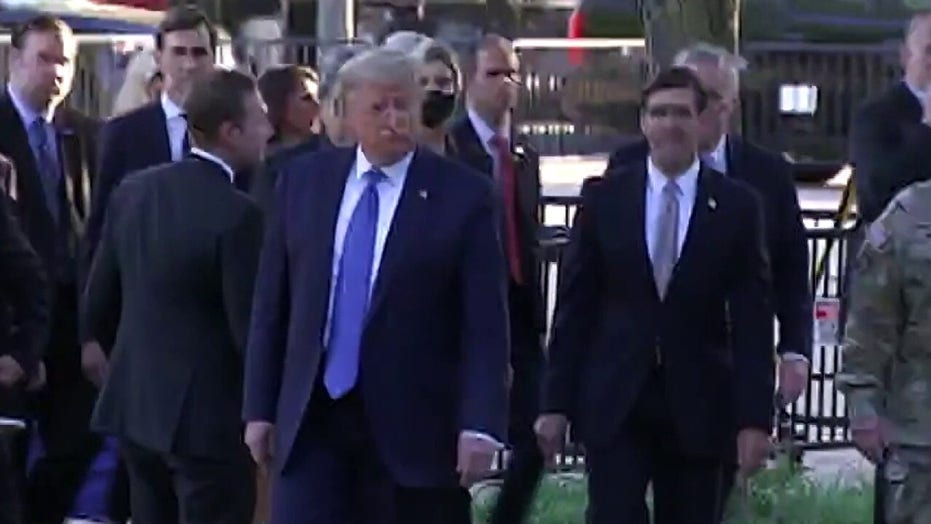 Fox News has confirmed that retired Gen. Tony Thomas, former head of U.S. Special Operations Command, and Gen. Joe Votel, former head of U.S. CENTCOM, have withdrawn their support for Brig. General Anthony Tata, President Trump’s nominee to take over a top policy position at the Pentagon, due to inflammatory tweets regarding the former President Barack Obama, Islam and other Democratic lawmakers.

"I didn't know anything about the tweets when I signed the letter,” Thomas told Fox News Thursday. “They don't stand for my values. They are beyond the pale."

In a series of tweets by Fox News contributor Tata, the retired general called Islam "the most oppressive, violent religion" and referred to Obama as a "terrorist leader,” according to the Wall Street Journal.

Tata also falsely referred to Obama's "Islamic roots” during a radio interview, according to CNN, which first reported his remarks June 12.

CNN also uncovered a tweet from May 20, 2018, which has since been deleted for violating Twitter's rules of conduct, in which Tata tweeted at the former CIA Director John Brennan and said, "Might be a good time to pick your poison: firing squad, public hanging, life sentence as prison b*tch, or just suck on your pistol. Your call. #Treason #Sedition #crossfirehurricane #Obamagate"

Thomas and Votel were just two of the 35 former national security officials who signed a letter to the Senate Armed Services Committee in support of Tata’s nomination before the tweets resurfaced, according to the Wall Street Journal.

Tata was nominated by President Trump on June 11 to fill a role that has been empty since John Rood resigned in February, after warning against withholding military aid to Ukraine -- an issue that became the center of the president's impeachment trial.

Senior Pentagon policy adviser Kathryn Wheelbarger resigned Thursday after the White House reportedly pulled her nomination for deputy under secretary of defense for intelligence and security.

Concerns over her loyalty to the president are reportedly the reason her nomination was nixed – Wheelbarger was the second Pentagon policy adviser to resign this week. Politico described her fall as part of "a post-impeachment loyalty purge."

Acting Pentagon comptroller, Elaine McKusker, resigned Tuesday after the White House removed her nomination as deputy under secretary of defense, in retribution for her role in flagging concerns over withholding military aid to Ukraine -- a topic that was at the center of the president's impeachment.