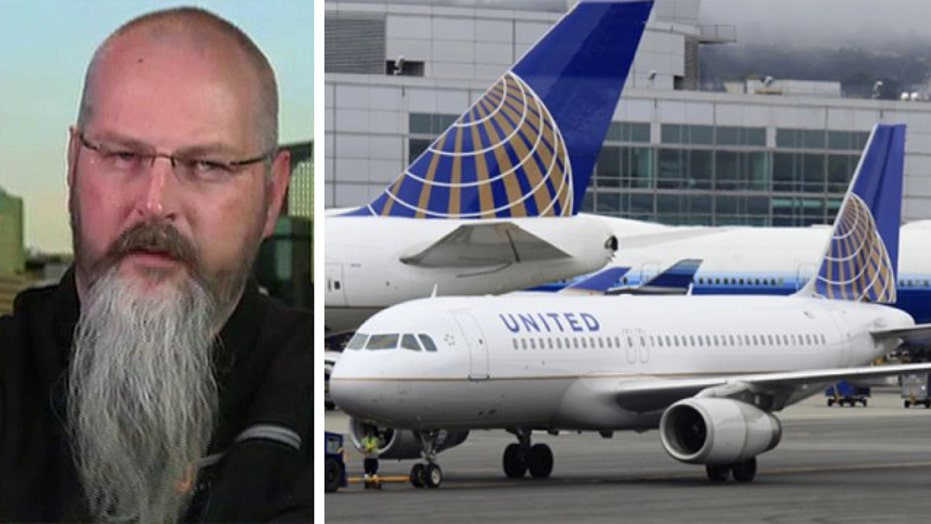 WASHINGTON – United Airlines stopped a prominent security researcher from boarding a California-bound flight late Saturday, following a social media post by the researcher days earlier suggesting the airline's onboard systems could be hacked.

The researcher, Chris Roberts, attempted to board a United flight from Colorado to San Francisco to speak at a major security conference there this week, but was stopped by the airline's corporate security at the gate. Roberts founded One World Labs, which tries to discover security risks before they are exploited.

Roberts had been removed from an earlier United flight Wednesday by the FBI after landing in Syracuse, New York, and was questioned for four hours after jokingly suggesting on Twitter he could get the oxygen masks on the plane to deploy. Authorities also seized Roberts' laptop and other electronics, although his lawyer says he hasn't seen a search warrant.

A lawyer for Roberts said United gave him no detailed explanation Saturday why he wasn't allowed on the plane, saying instead the airline would be sending Roberts a letter within two weeks stating why they wouldn't let him fly on their aircraft.

"Given Mr. Roberts' claims regarding manipulating aircraft systems, we've decided it's in the best interest of our customers and crew members that he not be allowed to fly United," airline spokesman Rahsaan Johnson told The Associated Press. "However, we are confident our flight control systems could not be accessed through techniques he described."

Johnson did not respond to a follow-up question Sunday why Roberts would still be a threat if he couldn't, in fact, compromise United's control systems.

In recent weeks, Roberts gave media interviews in which he discussed airline system vulnerabilities. "Quite simply put, we can theorize on how to turn the engines off at 35,000 feet and not have any of those damn flashing lights go off in the cockpit," he told Fox News.

Roberts also told CNN he was able to connect to a box under his seat at least a dozen times to view data from the aircraft's engines, fuel and flight-management systems.

"It is disappointing that United refused to allow him to board, and we hope that United learns that computer security researchers are a vital ally, not a threat," said Nate Cardozo, a staff attorney with the San Francisco-based Electronic Frontier Foundation, which represents Roberts.

Cardozo said Sunday he hasn't seen a copy of a search warrant that would have been used to seize Roberts' electronics, and that he's working to get the devices returned. An FBI spokesman did not return multiple emails since late Saturday seeking comment about the matter.

The Government Accountability Office said last week that some commercial aircraft may be vulnerable to hacking over their onboard wireless networks. "Modern aircraft are increasingly connected to the Internet. This interconnectedness can potentially provide unauthorized remote access to aircraft avionics systems," its report found.

Roberts took an alternate flight on Southwest Airlines and arrived in San Francisco Saturday evening. He speaks this week at the RSA Conference about computer security vulnerabilities.