Michigan prosecutors on Thursday dropped pending charges against eight people tied to the Flint water crisis that left the city's water system tainted with lead, and pledged to restart the investigation from scratch.

The decision was announced three years after charges were filed and authorities began examining what led to one of the worst man-made environmental disasters in U.S. history. Michigan Solicitor General Fadwa Hammoud, who took control of the investigation in January after the election of a new attorney general, said "all available evidence was not pursued" by a previous team of prosecutors. 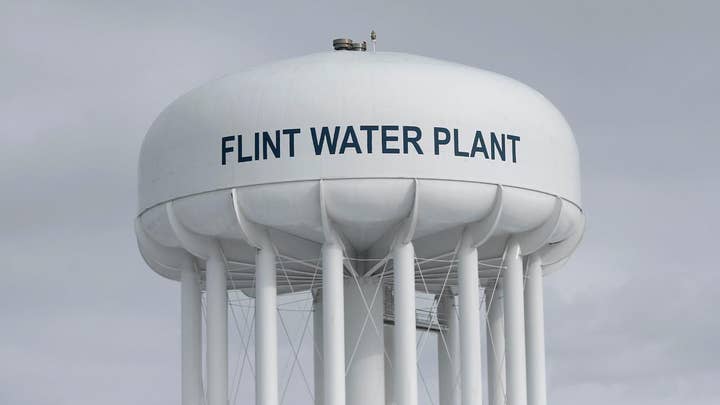 "This week, we completed the transfer into our possession millions of documents and hundreds of new electronic devices, significantly expanding the scope of our investigation," Hammoud and Wayne County Prosecutor Kym Worthy said in a statement. "Our team's efforts have produced the most comprehensive body of evidence to date related to the Flint water crisis. We are now in the best possible position to find the answers the citizens of Flint deserve and hold all responsible parties accountable."

Among those whose charges were dropped were Michigan's former health director, Nick Lyon; former state chief medical executive Eden Wells; and two men, Gerald Ambrose and Darnell Earley, who were state-appointed emergency managers in Flint. Wells and Lyon were charged with involuntary manslaughter.

"We understand that there will be further investigation, but do not expect it to justify any further prosecution relative to her," Wells' attorneys, Steven Tramontin and Jerold Lax, said.

Hammoud's office said it recently used search warrants to obtain the state-owned mobile devices used by the former governor Rick Snyder and 66 other people from storage.

The crisis began in 2014 when Flint leaders, under an emergency manager appointed by the governor, announced the switching of the city's water source from Lake Huron to the Flint River in an effort to save $5 million. Residents immediately began complaining of brown-colored water with a foul smell.

Many in the majority-black city of 100,000 claimed they suffered skin rashes, shortness of breath and other health problems. The river was found to have had high levels of bacteria and was corrosive.

A Legionnaires’ outbreak associated with the water killed 12 people. By 2015, high levels of lead in children were reported and the city declared a state of emergency.

The city now gets its water from another source, but because residents have become so distrustful of local government, most continue to use bottled water. An expert declared a qualified end to water crisis in 2017.

She defended her prosecutors' decision to drop the charges.

“I want to remind the people of Flint that justice delayed is not always justice denied,” she said Thursday, according to the paper.