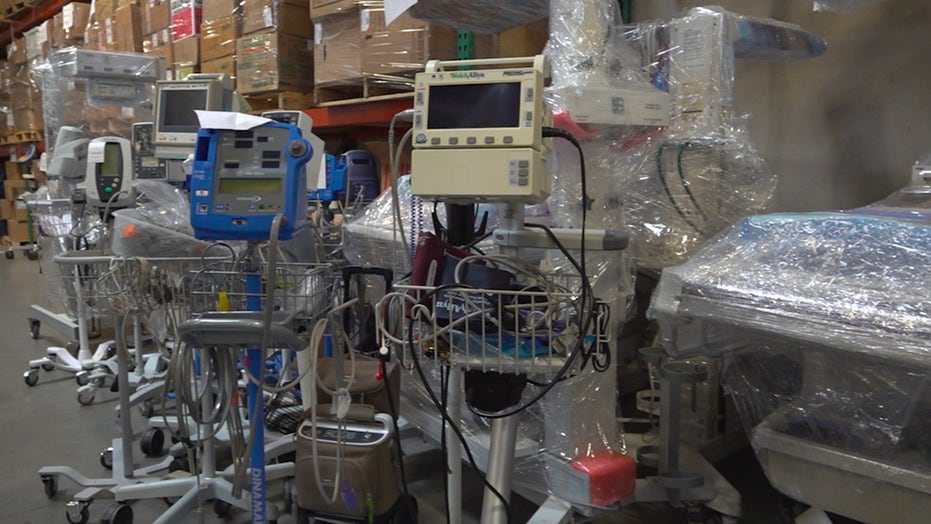 Project C.U.R.E. is working nonstop to send medical supplies to Ukraine, something a doctor in the war zone says is the No. 1 priority.

CENTENNIAL, Colo. – With the war in Ukraine raging on, the country is in critical need of medical supplies. One nonprofit in the U.S. is trying to fill that void.

Project C.U.R.E. has 30,000 volunteers for its seven locations nationwide. It's been working nonstop since Russia invaded Ukraine. All equipment or supplies in the distribution centers are donations, but the journey to get these supplies to the war zone certainly isn’t easy.

Volunteers have been hard at work at the Project C.U.R.E. international headquarters and distribution center in Centennial, Colorado. Lyn Tison has been a volunteer with the organization for a year and says things have gotten much busier since Russia invaded Ukraine.

"Every little bit counts, and even though I’m not there, I still feel like I'm helping a lot," said Tison.

As for the logistics and shipping of medical supplies to Ukrainians in need, the timing of the war couldn’t be worse.

Project C.U.R.E. has been working to ship medical supplies to Ukraine. (Fox News)

"Right now, it’s difficult to get an airplane or container to go anywhere anyway, and we have been postponed two or three months on the loads that we’re doing. And now there is a crisis, and we need to get going on shipping," said Douglas Jackson, Project C.U.R.E.’s president and CEO.

Once medical supplies do leave Colorado or any one of the seven Project C.U.R.E. branches scattered across the country, they have a long journey to eventually get to Ukraine.

From the Colorado distribution center, the supplies will travel to Chicago by truck, Chicago to Toronto by truck, Toronto to Warsaw by plane and Warsaw into Ukraine by truck.

Project C.U.R.E. partnered with Ukrainians of Colorado. Volunteer Andrij Lenec’s parents were Ukrainian immigrants, and he served in the Peace Corps in Ukraine after he retired. Lenec said when Russia invaded Ukraine, he was stunned.

"That first day, I was just in a state of shock. Knowing that people that I know, and love, and lived with, and ate with and conversed with were in danger," Lenec said.

Ukrainians of Colorado is helping coordinate requests for specific trauma and medical supplies directly from Ukraine.

Pavlo Kozenko is a Ukrainian doctor in Truskavets, a town near the city of Lviv in Western Ukraine.

"We are really thankful to the United States and other Western countries for the great support we’ve already received," said Kozenko.

Kozenko says the main equipment needed includes tourniquets to stop major bleeding, which he says is the No. 1 preventable cause of death.

"Priority No. 1 is the treatment of our soldiers and saving their lives, but also we appreciate any kind of medical, relevant medical equipment or relevant drugs which come to Ukraine," said Kozenko.

Project C.U.R.E. workers have been going the extra mile to get the most crucial medical equipment and drugs sent first. (Fox News)

Project C.U.R.E. is giving all that it can right now, but once the supplies get close to Ukraine, things could change at a moment’s notice.

"Everyday, that green zone is changing, the route end is changing. You’ve got bombing and all kinds of missiles and everything else," Jackson said. "So, what was a safe passage yesterday may not be a safe passage tomorrow and that’s part of the trick with this one."

Once medical supplies do make it to Europe, Jackson said, Project C.U.R.E. will work with organizations to move it by truck into Ukraine. Jackson says it’s going to all come down to trust.

Madison Scarpino joined Fox News in 2022 as a Multimedia Reporter based in St. Louis.