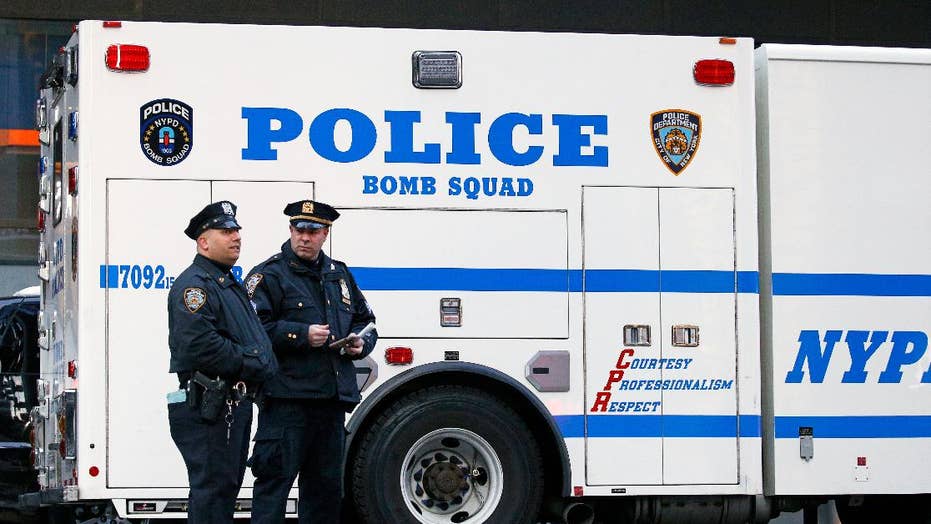 Akayed Ullah, the suspect, is a Bangladeshi national who lived in Brooklyn, police said. The would-be suicide bomber had strapped a pipe bomb to his body with Velcro and zip ties, according to law enforcement officials, although it was unclear if he detonated the explosives or if the device went off prematurely.

Four people, not including the suspect, sustained non-life threatening injuries in the explosion.

Here’s a look at other failed terrorist attacks in the U.S.

Quazi Mohammad Rezwanul Ahsan Nafis attempted to detonate what he believed to be a 1,000-pound bomb in front of the Federal Reserve Bank in New York City in October 2012. But the bomb didn’t detonate for the then-21-year-old because it was a fake supplied to him by undercover FBI agents.

Nafis, a Bangladeshi national who purportedly came to the U.S. for school, intended to form a terrorist cell inside the U.S., according to the FBI. He was sentenced to 30 years in prison.

Umar Farouk Abdulmutallab was sentenced to life in prison in 2012 after he attempted to blow up an international flight with a bomb placed in his underwear.

The bomb in Abdulmutallab’s underwear failed to properly detonate on the 2009 plane from Amsterdam to Detroit. It did, however, cause a small fire that left Abdulmutallab burned in his groin.

He said he wanted to bomb the flight and commit martyrdom for his Islamic faith in response to the mistreatment of Muslims around the world. Abdulmutallab, who is now 30, was born in Nigeria.

Richard Reid, now 44, was arrested after he tried to blow up a trans-Atlantic plane with explosives he had hidden in his shoes. He pled guilty to the planned attack on the nearly 200 people on the 2001 flight from Paris to Miami.

Born in England, Reid had converted to Islam and told a federal judge that he was a “member of Al Qaeda” and pledged his allegiance to “Usama bin Laden.”

“I’m an enemy of your country, and I don’t care,” Reid reportedly said in court.