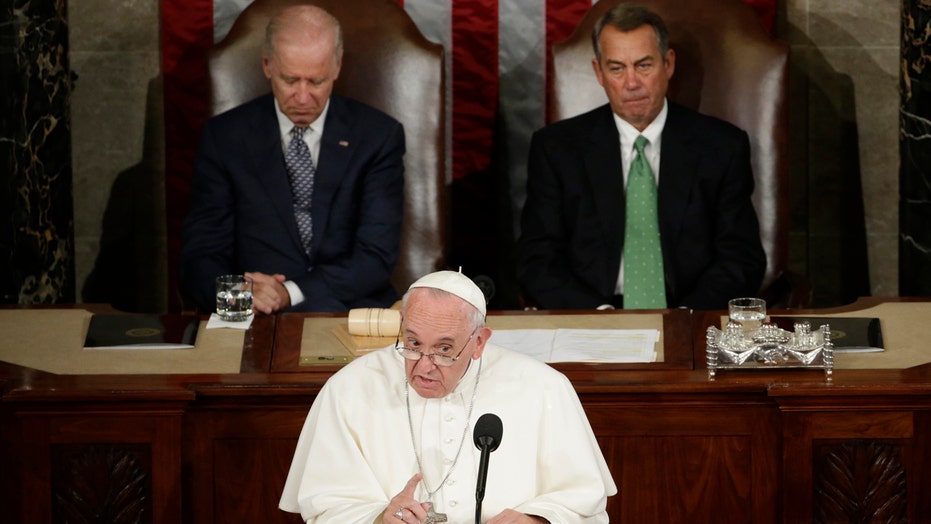 On his final day in the U.S., Pope Francis lamented the legalization of gay marriage, but he also urged America's bishops to redirect their energies away from complaining.

He told 300 bishops at a seminary outside Philadelphia that a church that only explains its doctrine is "dangerously unbalanced."

The U.S. bishops have repeatedly decried the acceptance of same-sex relationships, calling the legalization of gay marriage by the U.S. Supreme Court three months ago "a tragic error" and a "profoundly immoral and unjust" decision.

Francis will travel to a prison later Sunday and celebrate Mass in front of hundreds of thousands.