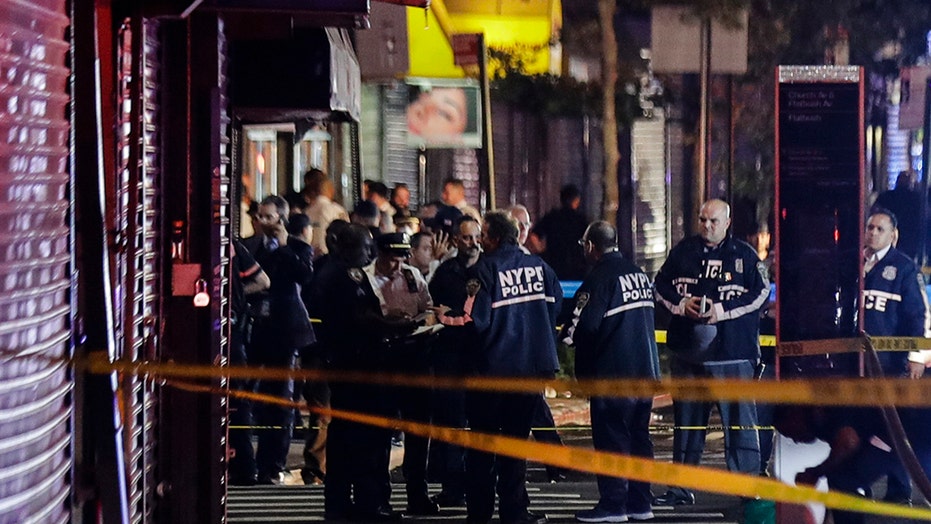 "That officer was stabbed in the left side of his neck, thank God, missing an artery," New York City Police Commissioner Dermot Shea said.

He called it a "completely cowardly, despicable, unprovoked attack on a defenseless police officer."

"I think we are all fed up with what we're seeing and many levels. This violence has to stop," Shea said.

The FBI Joint Terrorism Task Force is also aiding in the investigation. 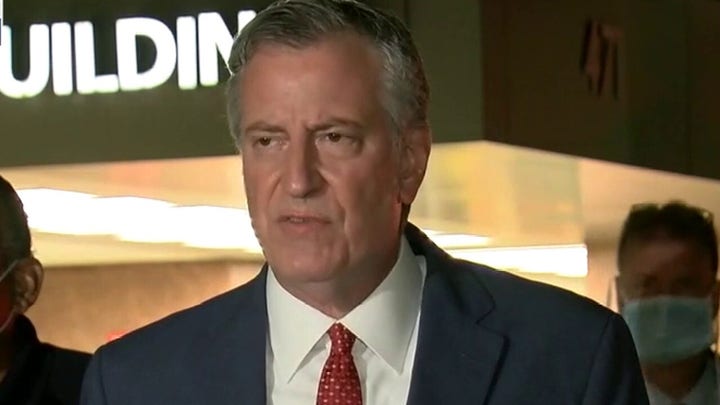 New York City has been trying to get a handle on the widespread unrest after the death of George Floyd in Minneapolis police custody. The shooting occurred nearly four hours after the city's 8 p.m. curfew.

Mayor Bill de Blasio went to the hospital after the confrontation to check on the officers, according to a spokesperson. He later spoke at the press conference on Thursday.

"Thank God all our officers will recover," de Blasio said. "It's another example of what it means every day for men and women of the NYPD to protect all of us."

Video purportedly of the incident on Twitter showed streets filled with police cars at the scene, while multiple gunshots could be heard.

"No matter what else is happening around us, we've got to be there for each other,"  the mayor added. "Officers protect us. We have to respect, support, protect them. We've got to find a way to move forward no matter how much is thrown at us. The coronavirus and everything else."

New York City has been roiled by days of protests over police brutality. It didn't appear that the unprovoked incident was related to the demonstrations. There were peaceful marches and protests throughout the day Wednesday, but police moved in to break them up when the curfew took effect.

Several large marches in other parts of Brooklyn had continued after the curfew that authorities imposed to stop stores from being damaged and ransacked.

The incident comes after a shocking video posted on social media Tuesday showed a New York City police officer being struck by a vehicle in what appeared to be a deliberate hit-and-run. Shea said the officer was still in intensive care, "but recovering slowly."

"We have to find a way to come together and move forward," de Blasio said. "Tonight is a story of bravery, courage, and thank god the story ends with a day soon when officers will leave this hospital and go home to their families."

An investigation into the Brooklyn incident is ongoing. Shea said an update will be provided later today.

He didn't speculate on the alleged stabber's motive, who was not identified, but Police Benevolent Association President Patrick Lynch blamed anti-police rhetoric during the protests.