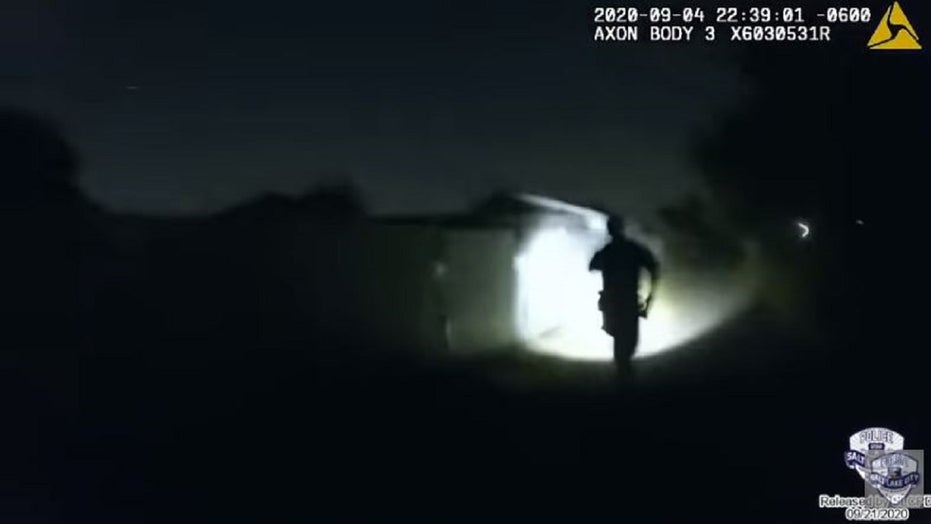 A 13-year-old boy shot by Utah police officers earlier this month during a response to a mental health call was triggered by the sight of police, his mother told officers before the incident, according to police body camera footage released Monday.

The boy's mother had called the Salt Lake City Police Department to her home on Sept. 4 to ask for assistance for her autistic son, who she said was "out of control" and had previously led officers on a chase and was in involved in a "shootout with police."

She told a 911 dispatcher that he threatened one of her employees with either a fake gun, BB gun or pellet gun the day prior. A responding officer tells her that officers have to treat it as if it were a real gun and the potential threat as real.

She noted that the boy "does not like cops at all" after a law enforcement officer fatally shot her father in January.

"He sees the badge and he automatically thinks you are going to kill him or he has to defend himself in some way,” she said. “He freaks out.

In one video, two officers can be heard discussing whether or not to approach the boy over concerns that the incident could result in a shooting.

"I'm not about to get in a shooting because he's upset," one officer says.

Several officers went to the home to get the boy but he ran into the back yard and through the neighborhood. The officers chased him and broke through a wooden fence in an attempt to catch him.

“Get on the ground now!” one officer yelled.

The boy appeared to defy commands and continues to run through an alley. At some point, around a dozen gunshots ring out after they order him to show his hands. There was no indication he had a weapon.

“Show me your hands!” the officer said.

“I don’t feel good,” the boy said while on the ground. “Tell my mom I love her.”

He sustained “pierced organs” and “shattered bones,” his attorney said.

The shooting raised concerns about how law enforcement officers deal with people with mental health issues. The responding officers who arrived had some mental-health training but were not specialists in crisis intervention.

The boy is still hospitalized, The Salt Lake Tribune reported, and has trouble speaking because of the pain.

Police Chief Mike Brown said Monday that the department will analyze what happened “through a lens of learning.”

“We are facing a mental health crisis in this country,” he said, according to the newspaper. “We want to be partners with those who provide mental health services. As a community, we need to find a way forward. Too often, our officers are called to deal with these difficult problems which frequently are not criminal in nature.”

The footage was released as part of the city's policy to release body camera video of officer-involved shootings within 10 business days.