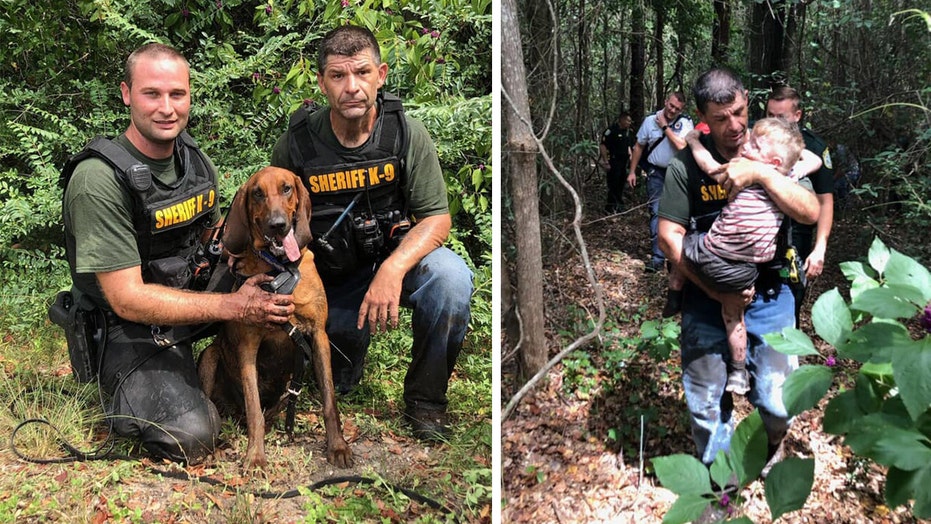 A deputy bloodhound followed the scent of a missing Florida three-year-old with autism, leading authorities to the boy in under thirty minutes, investigators said.

The boy, identified only as Aedric, was being watched by his grandmother Sunday in Pace, near Pensacola, when she briefly took her eyes off of him to use the restroom, the boy's mother said at a news conference.

While Aedric was unsupervised, the child wandered out of the front door and into the woods near his home.

After investigators searched for two hours, the Santa Rosa County Sheriff’s office decided to release their bloodhound, which they’ve had for about a year.

The dog led authorities to the boy in about 28 minutes, deputies said during the news conference. They said the boy had a few bug bites and minor scratches but was otherwise uninjured. The woods where the boy was found were so thick that crews needed a machete to reach him. He turned up about 200 yards from his home.

“The most terrifying words a mother can get on the phone is ‘your child is missing, get home right now,” said the boy’s mother Audra Hughes, who was working when Aedric went missing. “And then a couple hours later, the best news I’ve ever heard in my life. ‘We found your kid.’”

Hughes added that much of her neighborhood was out trying to help in the search.