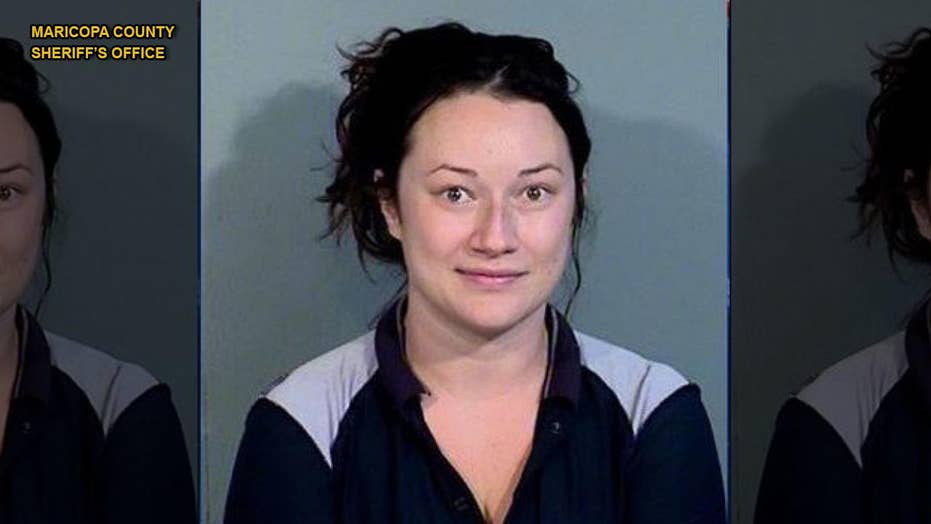 A Phoenix woman reportedly sent a man she met on a dating website more than 159,000 texts – including one stating that she wanted to turn his kidneys into sushi.

According to police documents obtained by the Arizona Republic, Jacqueline Ades allegedly sent the man the messages over the span of nearly 10 months. She had originally been accused of sending him more than 65,000 text messages but the number was reportedly more than double that.

The arrest records listed the woman as “showing signs of mental illness,” the newspaper reported.

Ades reportedly met the victim, a Paradise Valley man who was not identified, through Luxy, a dating site for millionaires. The two went on one date, but Ades allegedly became infatuated and continued to pursue him. However, the man, who is said to be the CEO of a skincare products company, was not interested in a relationship.

The man called police in July 2017 when he discovered Ades parked outside his home. After he called police, Ades allegedly started sending him threatening texts including one that stated, “I’d wear ur [your] fascia n [and] the top o [of] fur skull n ur hands n feet,” according to The Arizona Republic.

Jacqueline Ades was arrested after she was found bathing in the victim’s bathtub when he wasn’t home. (Maricopa County Sheriff’s Office)

In another text, she said she wanted to wash herself in his blood, according to FOX 10.

“Oh what would I do with your blood! I’d wanna bathe in it,” one text read, according to court documents.

The man called police in April 2018 after surveillance footage from his home showed Ades taking a bath in his tub while he was away on a trip. Paradise Valley police arrested Ades and also discovered a large butcher knife in her vehicle. She was later charged with first-degree criminal trespassing of a residential structure.

Ades was released from custody but failed to appear in court. She reportedly showed up at the man’s place of employment in Scottsdale in May and said she was his wife but was escorted from the building by officers. She was arrested at her apartment complex on May 8 after failing to appear to multiple court hearings.

ARIZONA WOMAN, 31, STALKED DATE, SAID SHE WANTED TO BATHE IN HIS BLOOD IN ONE OF 65,000 TEXTS, POLICE SAY

During interrogation, Ades claimed she would never hurt the man saying “something came over me” when sending the threatening texts. When asked if she believed the texts were normal, she said she didn’t.

"No, I don't think anything I say is normal. I understand now,” Ades reportedly told police.

She allegedly said she understood that the man did not want to be with her despite her thousands of texts.

"It's OK if that's how (he) feels," she reportedly said. "Somebody else should love him. He has so much to love. He's so cute. I can't believe I scared him."

Ades is currently being held at Maricopa County jail with no bond. She has pleaded not guilty to “charges of stalking and criminal trespassing.” Her trial is slated to begin in February.