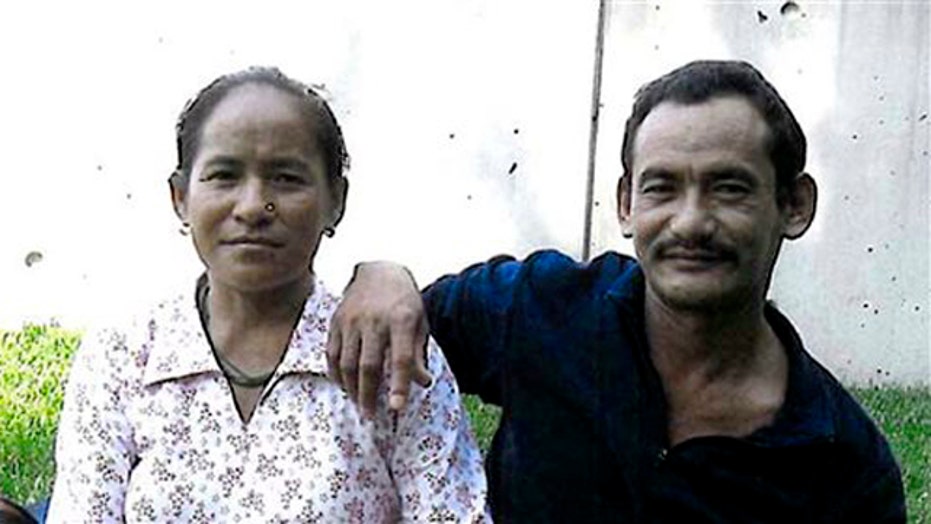 Gosnell Case: The women and their harrowing stories

The Philadelphia judge who presided over the murder trial of an abortionist considered by some to be America’s most prolific serial killer is accusing the filmmakers behind a movie about the doctor of  defamation and seeking to block distribution of the film.

A 281-page grand jury report finished in 2011 found that Dr. Kermit Gosnell and his staff routinely delivered living babies in their third trimester only to kill them by severing spinal cords with scissors. The report states that the number of such late-term deaths numbered in the “hundreds.”

Gosnell is serving life without parole in a Pennsylvania prison after he was convicted at the 2013 trial on three counts of murdering babies and another count of involuntary manslaughter in the death of a mother who had come to his clinic.

Just days before the announcement of distribution for the movie “Gosnell,” Judge Jeffery Minehart has filed suit to block the movie’s release and to demand that changes be made to the film. The suit claims that the film defames him and portrays him in a false light.

Dr. Kermit Gosnell, left, is shown in this courtroom artist sketch during his sentencing at Philadelphia Common Pleas Court in Philadelphia, Pennsylvania May 15, 2013. (REUTERS/Jane Rosenberg)

“It’s unusual, but he was honestly defamed,” attorney George Bochetto told Fox News of the civil lawsuit he filed on behalf of Minehart. “He was characterized as a ‘hack judge’ and ‘drinking buddy’ with the defense lawyer. All of which is 100 percent untrue.”

The lawsuit alleges that Phelim McAleer’s and Ann McElhinney’s book, “Gosnell: The Untold Story of America’s Most Prolific Serial Killer,” portrays the judge as part of an “uncaring bureaucracy” that allowed Gosnell to get away with mass murder for years.

The movie was made with a little more than $2 million raised by McAleer and McElhinney through the Indiegogo crowdfunding site. It stars Dean Cain as the protagonist of the story, Det. James Wood, and Earl Billings as Dr. Gosnell.

McElhinney declined to comment when contacted, but her husband and partner McAleer recently told The Hollywood Reporter that lawsuit would not delay distribution of the film.

"Gosnell is a case about cover-ups; by the health department and by the media, and now a judge is trying it," McAleer said to the magazine. "Minehart may be a judge, but he needs to study his Constitutional law books. We have a First Amendment right to artistic expression. It's sickening, and he can expect a vigorous legal response. The cover-up stops here."

McAleer also maintains that both the book and the film are accurate. They were based on prison interviews with Gosnell himself, as well as the grand jury report.

Minehart is seeking $50,000 in damages from the filmmakers claiming that he is portrayed as being soft on crime and under a conflict of interest. He’s also suing Salem Media Group, which owns conservative radio stations across the company, for promoting the book and movie. Book publisher Regnery Publishing, which is owned by Salem, is also named as a defendant.

"This case is about two authors, a publishing company, and a media conglomerate — the Defendants — shamelessly exploiting for profit the morally divisive issue of abortion and the notoriety of the horrific Kermit Gosnell trial, which involved a Philadelphia abortion doctor who was found guilty of grisly mass murders of fully developed in-vitro infants, some of whom were born alive," says the lawsuit.