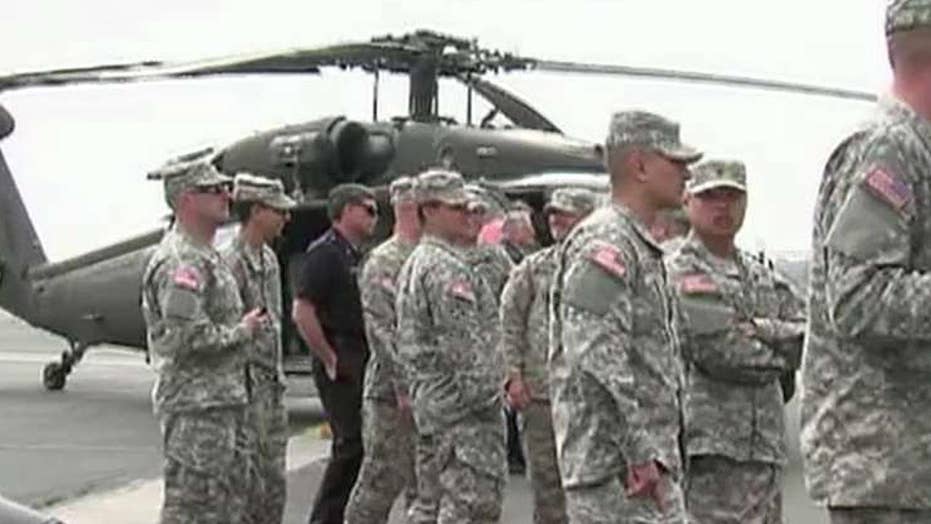 The paper reported that nearly 10,000 soldiers, many of whom risked their lives during multiple combat tours, have been ordered to repay the cash bonuses after audits revealed widespread overpayments by California Guard officials under pressure to meet enlistment targets at the height of the wars 10 years ago.

But soldiers say the military is reneging on old agreements and imposing severe financial hardship on those whose only mistake was to accept the bonuses, which amounted to $15,000 or more.

The Army asked wounded Iraq veteran and former Army captain Christopher Van Meter, 42, to repay a $25,000 reenlistment bonus it said he was ineligible to receive. He was also asked to repay $21,000 in student loan repayments.

Van Meter told the paper that rather than fight the Army he paid back the money after refinancing his home.

“These bonuses were used to keep people in,” Van Meter said. “People like me just got screwed.”

The Times reported that 48-year-old Army sergeant Robert Richmond, who suffered permanent injuries in an Iraq roadside bomb attack, is refusing to repay his $15,000 cash bonus. The Army contends he was ineligible to receive the bonus in 2006 because he had already served 20 years in the Army.

“I signed a contract that I literally risked my life to fulfill,” Richmond told the paper. “We want somebody in the government, anybody, to say this is wrong and we’ll stop going after his money.”

Investigations determined that fraud and mismanagement due to poor oversight contributed to the California Guard bonus overpayments, according to the Times.

California Guard officials conceded to the paper that taking back the money from military veterans is distasteful.

“At the end of the day, the soldiers ended up paying the largest price,” Maj. Gen. Matthew Beevers, deputy commander of the California Guard, said. “We’d be more than happy to absolve these people of their debts. We just can’t do it. We’d be breaking the law.”

On Sunday, House Majority Leader Kevin McCarthy, R-Calif., said in a statement the Department of Defense should "waive these repayments," and that the House "will investigate these reports to ensure our soldiers are fully honored for their service.”

"It is disgraceful that the men and women who answered their country's call to duty following September 11 are now facing forced repayments of bonuses offered to them. Our military heroes should not shoulder the burden of military recruiters' faults from over a decade ago," he said. "They should not owe for what was promised during a difficult time in our country. Rather, we are the ones who owe a debt for the great sacrifices our heroes have made - some of whom unfortunately paid the ultimate sacrifice.."