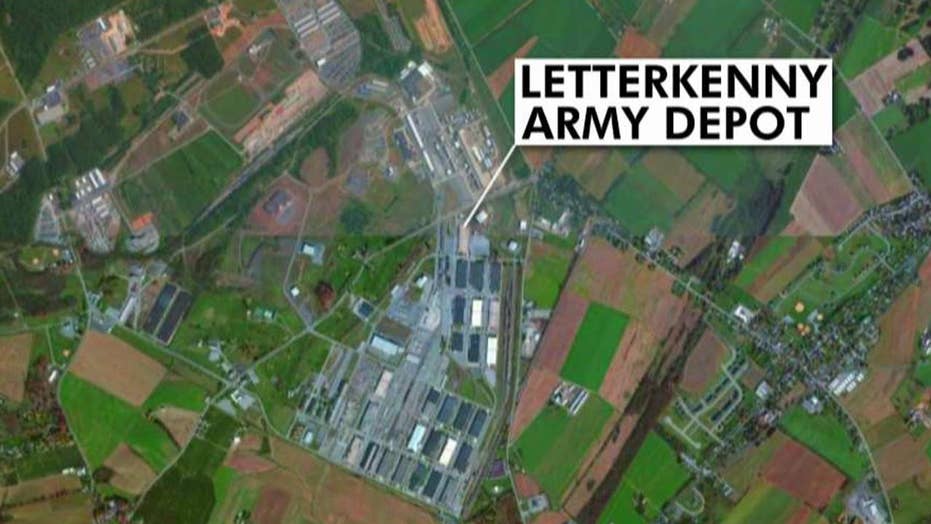 Employees instructed to stay away from the main entrance at Letterkenny Army Depot.

One person has died following an explosion at a Pennsylvania army depot housing missiles and ammunition, officials said Friday.

Two Letterkenny Army Depot employees remain hospitalized in critical but stable condition, the facility said in a statement. At least five employees were affected by the explosion overall.

“The entire Letterkenny family is mourning the loss,” Col. Steven Ledbetter, the commander at Letterkenny Army Depot, said. “We continue to keep the families and all of our teammates in our hearts and prayers.”

A small explosion and fire occurred at the Chambersberg-based facility Thursday morning. The Franklin County Office of Emergency Management told Fox News there was no threat to the public.

The cause and severity of the explosion wasn't immediately clear, however, some employees reported seeing two coworkers run out of a building "screaming and on fire, one with chemical burns," ABC27 reported

The facility is located about 50 miles southwest of Harrisburg, according to FOX43. Ledbetter said the explosion occurred in the painting area of a vehicle shop where more than 300 people work, and that building does not hold any munitions.

The depot said in a series of now deleted Facebook posts that "there is no suspicion of terrorist activity in regards to this incident."

A small explosion Thursday in a vehicle shop at the Army depot injured at least four workers, three of them seriously, officials said. (AP)

The 18,000-acre depot has more than 3,600 employees who help provide "responsive and sustainable readiness for the US and Allied Air and Missile Defense forces."

Both the Army and the Occupational Safety and Health Administration will investigate the blast, Ledbetter said.