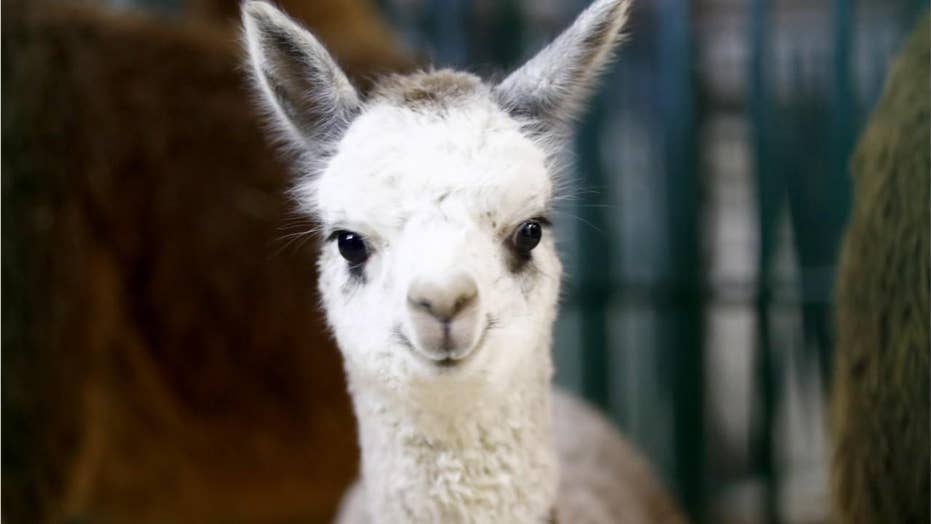 Caesar the “No Drama Llama” didn’t exactly live up to his name over the weekend.

The group was apparently headed to Wizard Con at the Oregon Convention Center, The Oregonian reported.

But even with a valid fare, there’s bad news for Caesar, a house-trained and “affectionate” llama: He isn’t technically allowed on the rail system.

“While we appreciate that Caesar is promoted as ‘The No Drama Llama’ and that he apparently was well-behaved during his ride, TriMet policy only allows service animals on TriMet vehicles,” Tim Becker, a spokesperson for TriMet, the rail system's operator, told the newspaper in a statement.

On Facebook, TriMet responded to the news with a short poem:

“I refuse to use TriMet until this policy is changed,” one person wrote in response.

“Would it be okay if the llama was in a carrier?” another joked.

“Yes, where do I sign up to take the next Llama train,” a third wrote.

“I bet that llama was better behaved than some other passengers of the human variety,” a fourth said.

Ariel Knox, Ceasar's social media director, told Fox News in a statement that Sunday wasn't the first time the llama has taken a ride on the MAX.

"Caesar has ridden the MAX on multiple occasions without us ever being told it was not allowed," she said.

"Our mission is to spread llama love and make Caesar accessible to everyone regardless of their income. This translates to pausing and stopping to allow people to enjoy hugs and selfies for free. On occasion, we've hopped the MAX to get to our destination faster," she added, noting the llama's team is now aware they are not allowed to take Ceasar on the train.

According to his Facebook page, Caesar is “unusually affectionate and loves to make new friends.”

The llama — which is apparently “much like a dog” — has made visits to retirement homes and schools and can frequently be spotted “walking down the street in the Willamette Valley.”

The animal is also a so-called “llamactivist,” his description continues.

“He promotes and protects civil rights and he’s genuinely happiest whilst making new friends and bringing smiles to faces everywhere,” it concluded.