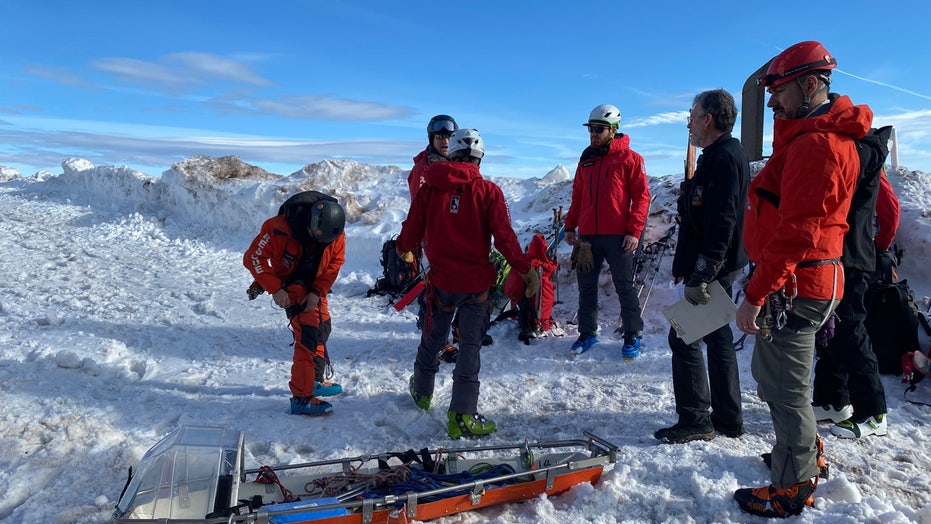 Search and rescue teams recovered the remains of an injured climber 9,400 feet up on Mount Hood in Oregon on Tuesday, officials said.

The Clackamas Sheriff’s Office received a call at around 12:12 p.m. over reports that a climber with the Portland Mountain Rescue had located a “fallen subject” on Mount Hood, approximately 9,400 feet up. The mountain's peak is 11,240 feet, according to the Forest Service.

A snowcat carries search and rescue crews up Mount Hood on Feb. 25. (The Clackamas Sheriff’s Office)

Search and Rescue coordinators set out from the Timberline Lodge at Illumination Saddle along with members of PMR. A helicopter from the Oregon Army National Guard was also deployed to help.

Crewmembers on the ground waited for a snowcat to take them up to 8,540 feet at which point they had to climb the rest of the way.

The search and rescue quickly turned into a recovery mission after officials learned that the individual was deceased.

“Unfortunately, the climber succumbed to his injuries. Rescuers switched to a recovery mission. They were able to bring down the deceased climber safely,” Public Information Officer Sgt. Marcus Mendoza said.

The sheriff’s office noted that the climber was found wearing ski boots, NBC News reported. It's unclear how long the hiker had been in the area.

The Clackamas Sheriff’s Search and Rescue Coordinators responded to an average of 96 missions a year between 2007 and 2013, officials said. Since then, the average has dropped to about 70 missions a year.