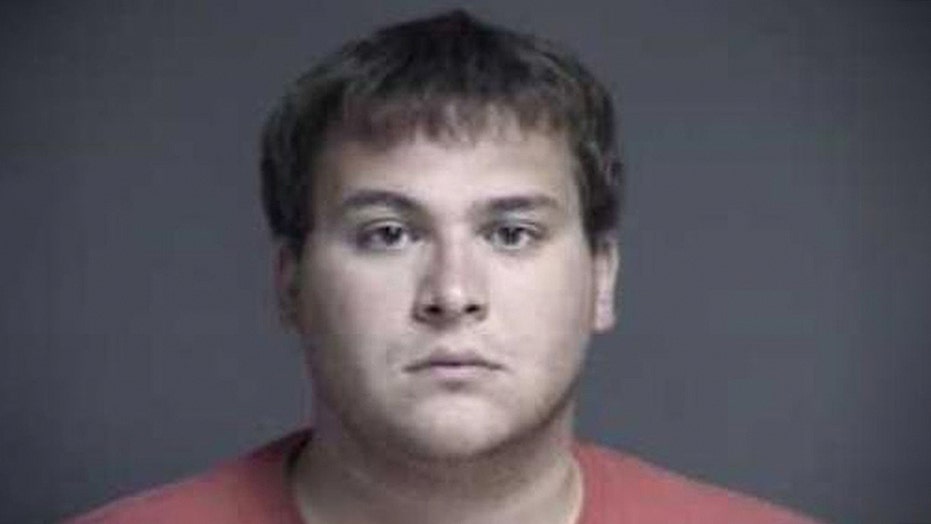 A former Ohio gym teacher was indicted on dozens of charges after he was allegedly caught on surveillance video touching dozens of first-grade girls inappropriately during class.

John Austin Hopkins, 25, was taken into custody Monday after a three-month investigation that followed a complaint from a parent, Warren County Prosecutor David Fornshell told reporters.

Hopkins was in his first year as a permanent teacher at Clearcreek Elementary and Springboro Intermediate in Springboro during the 2018-2019 school year when the alleged inappropriate contact occurred, after previously working as a substitute teacher, Fornshell said.

The prosecutor's office said 88 female first-grade students at Clearcreek who Hopkins had physical interactions with, based upon security footage from December 2018 to March 2019, were identified and interviewed. The prosecutor said the school's surveillance system was on a 90-day loop, meaning there could possibly have been more students involved before December.

Describing what was seen in the security footage, Fornshell said Hopkins is allegedly seen "placing many of the girls on his lap, straddling him in what I would describe as a sexual manner."

"With respect to some of the girls, his hands are going up their shirts, both the front side and back sides of their shirts, reaching up under the skirt, grabbing their buttocks," he said.

The prosecutor said the students "loved him as a teacher because of the amount of affection he was showing them."

"What these kids didn't realize, this was completely inappropriate and criminal," Fornshell said. "One of the little girls was convinced, he had convinced her, that they were going to be married when she got older."

Of the 88 female students, the grand jury indicted Hopkins on 36 counts of gross sexual imposition, all third-degree felonies, related to his alleged contact with 28 students. The prosecutor said an arraignment date has not yet been scheduled.