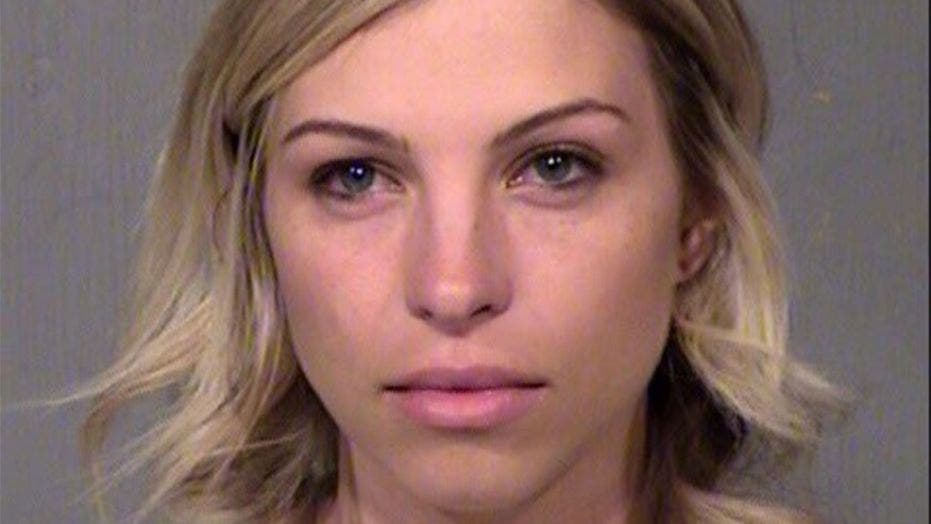 A former Arizona teacher who was accused of having sex with a 13-year-old student while another student kept lookout pleaded guilty on Monday.

Brittany Zamora, 28, was arrested in March 2018 after the student confessed to his parents that he was having sexual relations with the teacher after they began monitoring his phone with an app.

PARENTS OF TEEN WHO ALLEGEDLY HAD SEX ROMP IN CLASS WITH TEACHER, 27, SAY SHE SHOULD SPEND 'LIFE IN PRISON'

Brittany Zamora, 28, pleaded guilty on Monday after being accused of having sex with one of her 13-year-old students. (Maricopa County Sheriff's Office)

Formerly a sixth-grade teacher at Las Brisas Academy in Goodyear, Zamora initially pleaded not guilty to charges to a host of charges before changing her plea on Monday, court records indicate.

FEMALE TEACHERS CHARGED OR CONVICTED OF HAVING SEX WITH STUDENTS

The married teacher and her student allegedly engaged in sex acts multiple times in the woman's car and in her classroom, including one time they reportedly asked another male student, a friend of the boy's, to keep watch.

The friend told police that while he stood guard, "they were just doing it. ... It was very uncomfortable," the Arizona Republic reported.

The second student refused to stand watch the next day when he was asked again to do so. The alleged victim confided in his friend that he and Zamora had sex again.

The second student told police that Zamora never attempted to assault him, but she did ask him if he was circumcised and showed him photos on her phone when he didn’t understand what she meant.

The 13-year-old student's parents have said the married 28-year-old is a "monster" who should "spend the rest of her life in prison."

"He was taken advantage of," the boy’s stepmom told AZFamily. "She was just using him for her own grotesque benefits."

Zamora is scheduled to be sentenced on July 12, according to court records.