Gutfeld and guests discuss the Ohio court’s decision to grant a $32 million victory to a bakery over Oberlin College due to false racial accusations on ‘Gutfeld!’

Almost six years ago, a family-run bakery in Ohio that has been in operation for more than a century embarked on a David vs. Goliath legal battle against Oberlin College to defend its name against false accusations of racism over stopping a shoplifter.

Last month, Gibson’s Bakery was able to close the book on the legal battle, after the school agreed to finally pay $36.59 million in damages after the Ohio Supreme Court declined to take up an appeal on the judgment.

Lorna Gibson, the owner of the bakery, spoke to Fox News Digital this week and described being resolute in her mission of restoring the family business to its former glory after it was gutted by the false accusations.

"I have a lot of work ahead of me. I can actually get some stock back in my store and hire some employees," Lorna Gibson said in a phone interview Monday, noting that she can now afford to repair compressors and freezers that conked out over the last few years. "So I am going to bring it back and get it going strong is my plan."

Gibson recounted that tensions spread across the Oberlin campus Nov. 9, 2016, one day after former President Trump was elected to the White House.

"My understanding, from what I heard, was that it had a lot to do with the election. And [Lorna's husband David Gibson] had mentioned to me that he had been told that things were very volatile around town because of the election," she said.

Her son, Allyn Gibson, was working in the store that evening and pursued a Black student from the school who attempted to shoplift two bottles of wine and buy a third bottle with a fake ID. Two other Black students at Oberlin College also became involved in the incident, which turned physical, prompting accusations of racial profiling with a "focus on the fact that my son, who was White, is the one that stopped them," according to Lorna Gibson.

The altercation left Allyn Gibson "beaten up pretty badly," Lorna Gibson wrote in a recent essay detailing the bakery's battle. Allyn Gibson is the fifth generation in the family to help operate the store.

All three students were arrested, according to court documents, and ultimately pleaded guilty to misdemeanor charges and read a statement saying that the bakery was not racist.

The bakery’s attorneys told Fox News Digital in an interview that shoplifting was a common occurrence among students at the more than $60,000-a-year school, with Gibson’s being "one of the main targets."

This March 5, 2013, file photo shows a student riding a bicycle on the campus of Oberlin College in Oberlin, Ohio. The 9th District Court of Appeals upheld a $31 million judgment March 31, 2022 against Oberlin College that had been awarded to Gibson's Bakery and Food Mart, which successfully claimed it was libeled by the school after a shoplifting incident in November 2016.    (AP Photo/Tony Dejak)

Lorna Gibson noted that shoplifting has "always been a problem" and not only students targeted the store. One day prior to the Nov. 9 incident, the bakery stopped a shoplifting incident. The policy at the establishment was always the same, and every suspected shoplifter was treated the same, she said. The police would be called, but not in an effort to punish the suspects but instead teach them that stealing is wrong.

Beginning one day after the Nov. 9 incident, fury from students directed at the bakery raged. Claims of racism echoed across campus. Students boycotted the bakery and formed protests outside the establishment, sparking an unfounded stigma that weighed heavily over the bakery since 2016.

The Oberlin College Student Senate even passed a resolution accusing the bakery’s owners of being racist, which was emailed to the school community, Fox News Digital previously reported. And the school cut all of its longstanding business with the bakery.

Meredith Raimondo, the former Oberlin College vice president and dean of students, also handed out a flyer stating that the bakery is a "RACIST establishment with a LONG ACCOUNT of RACIAL PROFILING and DISCRIMINATION," according to court documents. College resources were used to print the flyers and buy food and other supplies for the protesters, court documents also showed.

Lorna Gibson said that though many in the community stuck by the bakery and others across the country have called in support, the financial struggles from the allegations hit hard.

The claims ostracized the bakery, with students boycotting the business, Lorna Gibson said.

"We couldn't make payroll, so we had to let go of half of our employees and cut our operating hours way back," she wrote in her recent essay. She added that shelves became bare because there was no foot traffic and no reason to stock the store. Gone were the days of bustling mornings with people buying pastries. Those days changed to "one or two customers throughout the whole morning."

The bakery's legal battle was launched in 2017, when it filed a lawsuit against Oberlin College claiming it was defamed by false allegations of racism.

At that time, Lorna Gibson was joined in the fight by her husband and father-in-law, who remained steadfast that their business would not be taken down by false accusations.

Her husband, David Gibson, died at the age 65 of pancreatic cancer in 2019. Her 93-year-old father-in-law Allyn Gibson Sr. died earlier this year.

Before her husband’s death, he had made her promise to "keep the doors open, no matter what," according to the essay she wrote earlier this month.

"We missed our 40th anniversary by about three months when he passed away. We'd been together a long time. And he actually — just to give you an idea of how much this bakery meant to him — he fought very hard until the end. He was upstairs making candy cane and ribbon candy about five days before he passed away," she recounted. "And that's what my plan is. I'm just not gonna give up. We're just gonna keep going forward."

David Gibson didn't even want to disclose his cancer diagnosis to the jury as the case worked its way through the courts, according to the bakery's lead attorney Lee Plakas.

"He did not want this battle and the hopeful vindication of the family's 137-year-old reputation to be in any way tainted by someone saying that this was a verdict based upon sympathy," Plakas told Fox News Digital.

A jury ultimately found the school and Raimondo guilty of libel. ​​The jury also found the college guilty of intentionally inflicting emotional distress on the bakery owners.

The jury originally awarded the bakery $44 million, but the damages were later lowered to $25 million. In 2019, the court ordered Oberlin to pay an additional $6.5 million to the bakery to reimburse its legal fees. The payment had been held up while Oberlin worked to appeal the judgment. 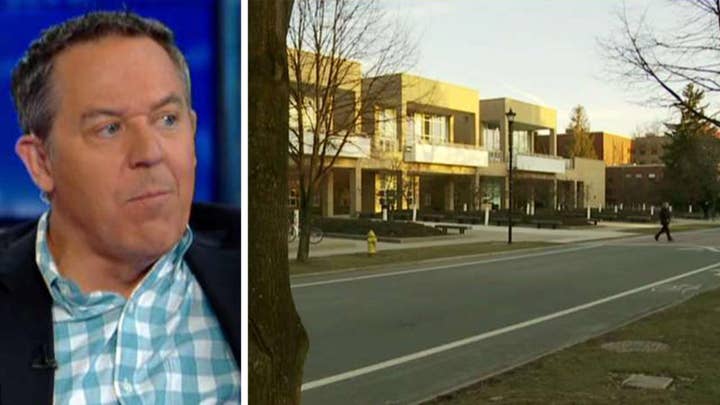 The Ohio Supreme Court denied hearing an appeal from Oberlin College on the $25 million judgment on Aug. 30. The school has now begun the payment process for the $36.59 million, which includes $4,300 accrued in daily interest over the more than 1,000 days it went unpaid.

"We are disappointed by the court’s decision. However, this does not diminish our respect for the law and the integrity of our legal system," Oberlin said in a press release following the state Supreme Court's decision.

"This matter has been painful for everyone. We hope that the end of the litigation will begin the healing of our entire community," it added.

What has motivated Lorna Gibson in the battle, and what drove her husband to continue fighting until his death, was to wash the stain of false racism allegations from the bakery and the family name.

Plakas recounted that Allyn Gibson Sr. said before his death:, "'I've worked all my life. Done all the right things for the right reason, helped everybody regardless of race, color or creed. And, at the end of my life, they are branding me. And people will look at my tombstone and say, 'There lies a racist.'"

Lorna Gibson and Plakas told Fox News Digital Allyn Gibson Sr. was a fixture on campus, a man who loved speaking to students and residents of the Ohio town with a smile always on his face. He would arrive at the bakery each morning, even when he was in his 80s, at 4:30 or 5 a.m. and would load up a delivery truck with large orders to deliver to the college.

"He loved to tell stories, stories from the past. He would sit up front all the time, and people would just gather around him and kids would gather. And he would talk about the store and the history of it and the past. Everybody in town knew him," Lorna Gibson said. 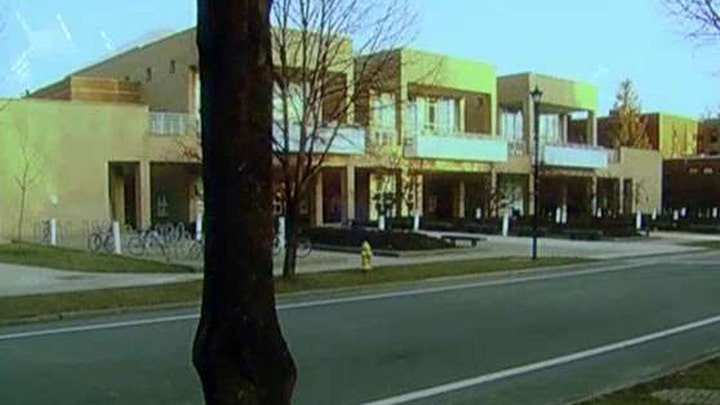 But his life was turned upside down when the false allegations spread.

"As this progressed and as the vicious rumors swirled, people were afraid to be seen talking with him right in the front of the store. And the testimony was, and the reality is, that it broke grandpa's heart, it broke David's heart," Plakas said, adding that Lorna Gibson’s heart was also broken by the allegations.

Plakas noted that Oberlin is a small town, at just over 8,000 residents, and the "college controls virtually everything."

"So when they say something or reinforce something, you know, people tend to listen, even though they know it's not true," Plakas said.

He said many observers and commentators following the saga have called the battle a David vs. Goliath story, with Oberlin hiring upward of 20 lawyers from powerful cities like Washington, D.C., and being armed with a roughly $1 billion endowment as it went up against the bakery.  He added that what’s "troubling" is the college has still not apologized for its conduct through the ordeal.

For Lorna Gibson, she has zeroed in on bringing life back to the business and would even welcome the school back as a customer for daily deliveries.

"I would welcome back their business," she said "I would like to get the town back to where everyone can get along."