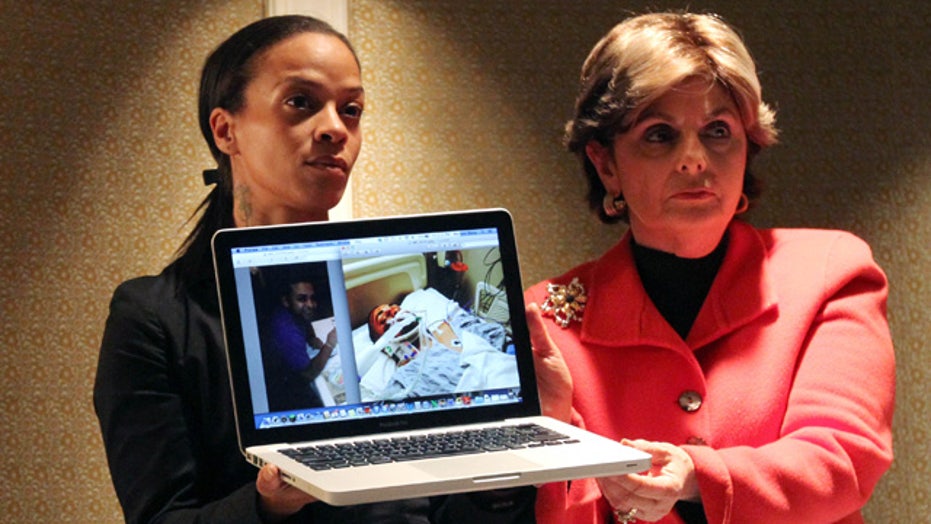 NEW YORK – Authorities were looking for five other people in connection with the attack on an SUV driver after a tense highway encounter, while a detective arrested in the case said he planned to testify before a grand jury.

Eight bikers, including the undercover detective who was off-duty, have been arrested so far on charges ranging from criminal mischief to gang assault.

But Police Commissioner Raymond Kelly said Friday the investigation continued. Detectives have been combing through amateur video footage trying to determine who may have witnessed the encounter and who participated in the attack on Alexian Lien, pulled from his SUV and beaten on the street in front of his wife and toddler on Sept. 29.

Police say the assault occurred during a motorcycle rally and after Lien and a biker bumped on the West Side Highway. They said bikers surrounded the SUV, forcing it to stop. Lien then fled, plowing over biker Edwin Mieses Jr., who suffered broken legs and severe spine injuries.

Authorities are looking into everything that unfolded along the ride's route from lower to upper Manhattan, and they were trying to determine just what set off the violence. A lawyer for one of the bikers charged said Friday that a water bottle may have been tossed from the SUV, provoking the bikers.

Detective Wojciech Broszczok was charged with gang assault after he was seen on video smashing the window of the SUV, prosecutors said. He didn't come forward about his involvement for days and when he did, he lied about it, they said. His lawyer has said his client is innocent.

"I'm hanging in there," Broszczok told the Daily News of New York on Friday as he arrived for a court appearance.

He appeared briefly, but his case was put off until Feb. 5 so that he could testify before a grand jury.

Meanwhile, details emerged about the 32-year-old married detective with the department's Intelligence Division.

After images of Braszczok surfaced online, several activists with the Occupy Wall Street Movement identified the detective as a man they knew as Albert, a regular protester. Photos of Braszczok at rallies and protests then appeared, including one where he was apparently arrested alongside other protesters.

Another co-defendant, Clint Caldwell, was accused of reaching his hands into the broken window.

He said he would also testify before the grand jury. His lawyer Raymond Colon said there are no images that indicate his client has done anything wrong. He said the water bottle may have sparked the fight.

"Quite frankly, he was a bystander. He was a citizen who observed a Range Rover run over a motorcyclist," Colon said.