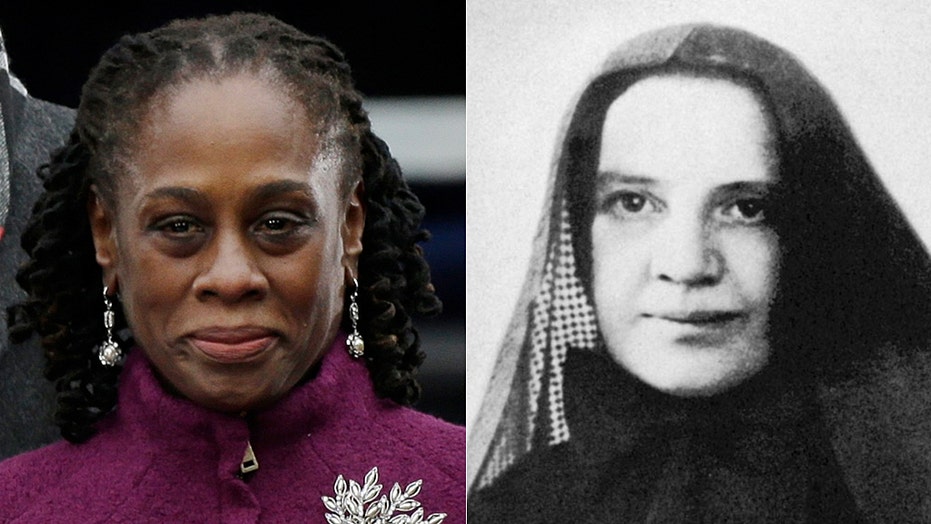 New York City Mayor Bill de Blasio's wife is being accused of snubbing a Christian woman in the drive to create statues of women with historical significance to the city.

The city asked New Yorkers for their input in picking seven women, and the top vote-getter was Mother Frances Xavier Cabrini, the first U.S. citizen to be named a saint by the Catholic Church.

New York City First Lady Chirlane McCray is under fire from Christians for snubbing the city's top vote-getter, Mother Cabrini, the first American citizen to be named a saint and the patron saint of immigrants. (AP/Getty)

“Mother Cabrini recently received the most votes in the ‘She Built NYC’ competition, which aims to build more statues honoring women,” the Brooklyn Diocese wrote in a press release. “But despite earning this top ranking, a public statue honoring her life is not being planned.”

On Sunday, more than 1,000 people attended a Mass at St. Stephens Church in honor of Mother Cabrini.

“I feel that the Christian Catholic community is always put on the side and if she had the most votes, then what’s to question it?" Ginger Bivona, a local resident, told CBS New York. "Let’s go with what the people want.”

The city's Cultural Affairs commissioner, Tom Finkelpearl, defended the city's decision, saying it "was never meant to be a vote. It was meant to look for good ideas."

The diocese, angered by the city's perceived statue snub, has already raised $17,000 for a Mother Cabrini statue and plans to move forward with or without the city's support.

“We are against the decision of the mayor and his wife to promote another person for the statue after Mother Cabrini was elected by the people of New York,” said Deacon Carlos Martinez of All Saints Parish in Brooklyn, according to the New York Post. “They are pushing down the Italian Catholic community to lift someone else up.”