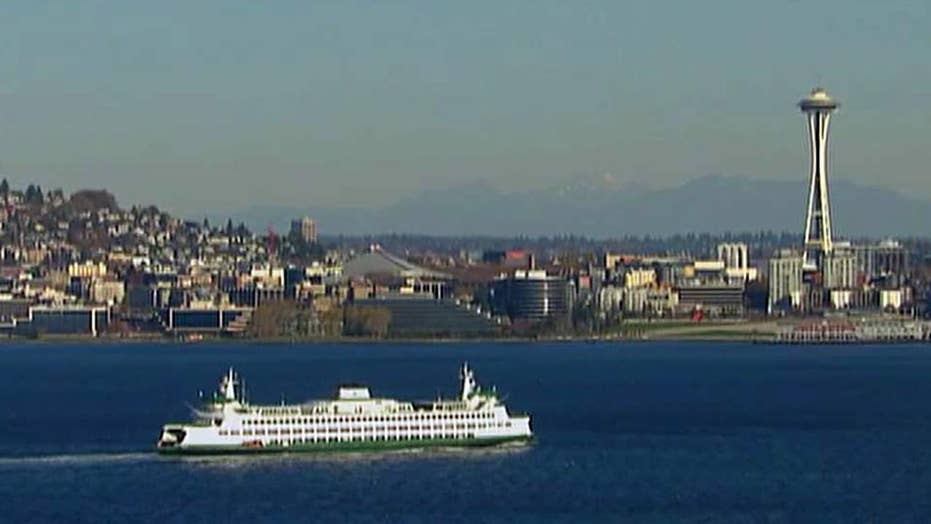 SEATTLE – North Korea’s latest test launch over the weekend has raised concerns among U.S. officials. The Pentagon says the ballistic missile flew 1,000 miles higher than NASA’s International Space Station. It was then able to re-enter earth’s atmosphere and splash down just 60 miles from Russia. One official told Fox News it was a “big step forward” in North Korea’s nuclear missile program.

Emergency planners in Hawaii, the closest state to North Korea, have taken notice and are evaluating existing nuclear attack response plans. Meanwhile, another possible target on the West Coast is barred from taking any steps to plan for a nuclear attack.

Washington State allows evacuation plans for every disaster scenario except a nuclear bomb. Former state Rep. Dick Nelson remembers the prevailing thinking in the legislature at the time concerning response plans in the event of nuclear war.

THE NORTH KOREA THREAT WILL ONLY GET WORSE. HERE'S WHAT TRUMP MUST DO NOW

“You are really sending a message that you’re getting ready to do something maybe yourself,” Nelson said.

The law passed in 1984, seven years before the end of the Cold War. It was the opposite approach taken by President Ronald Reagan, whose peace through strength doctrine helped lead to the collapse of the Soviet Union.

A current Washington state senator says the current law is irresponsible and naïve.

“I think it’s ridiculous and silly,” says state Sen. Mark Miloscia, “And sort of the head-in-the-sand mentality. If it has a probability of happening, prepare for it.”

Seattle could be in the crosshairs if North Korea’s leader, Kim Jung Un, ever did the unthinkable. Naval Base Kitsap reportedly has roughly 1,300 nuclear warheads -- almost one-quarter of the U.S. arsenal -- making it the largest stockpile of nukes in the world. The Puget Sound is also home to Joint Base Lewis McChord, home to the important Stryker Brigade. With the headquarters of Boeing, Microsoft and Amazon, the region is a high-tech hub.

Seattle is also the closest major U.S. city to Pyonyang, an important factor when calculating accuracy.

But Washington State’s top emergency planner says the current law barring any nuclear strike planning is not a big deal.

Ezelle says he needs to spend his limited resources on preparing for the most likely disasters, such as a major earthquake or even a dirty bomb attack. He believes the response to a nuclear attack would be similar enough; current plans are adequate to protect the public.

“I think that needs to be in its own category of planning because the situation for fallout and radiation and long-term contamination of areas,” said Redlener.

Miloscia has co-sponsored a bill that would scrap Washington state’s law prohibiting planning for a nuclear attack. He says it has bi-partisan support and is likely to pass next year.

Meantime, military experts believe North Korea is still about three years away from having the capability to hit the West Coast with a nuclear bomb.