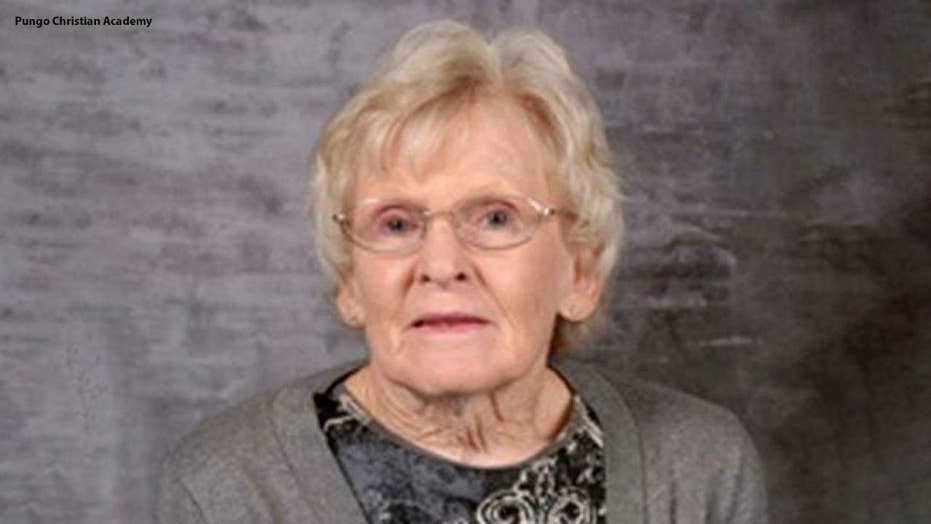 Brenda Hamilton, 77, was killed in a mysterious animal attack on a road in the small town of Pantego, North Carolina. Police say canine DNA was found on Hamilton's clothing, but that the testing didn't differentiate between wild canines such as wolves and domestic canines.

An elderly North Carolina woman has died after suffering severe injuries in a mysterious animal attack on a road in the small town of Pantego, police said.

Brenda Hamilton, a 77-year-old beloved high school teacher, was found wounded on the side of Indian Run Road Friday. She was immediately transferred to a local hospital, where she later died.

"Beaufort County Sheriff’s Investigators along with North Carolina Wildlife Resources Commission Officers and Biologist responded to the scene to investigate what kind of animal attacked Hamilton," the sheriff's office said in a statement Monday. "At this time preliminary DNA testing facilitated by NC Wildlife Biologist has eliminated any wild animals indigenous to the area."

"She has always been our Pungo angel, but now she is rejoicing with her maker in heaven. Anyone who knew her has no doubt that when she enter the gates of heaven, she was welcome with these words...'Well done my good and faithful servant...well done,'" the school wrote, in part, on Facebook.

Hamilton had been an educator at the school since 1968, Pungo Christian Academy states on its website. Hamilton, an East Carolina University graduate, was teaching English, Spelling and Literature at the high school.

Several students — current and past — as well as members of the Belhaven community shared their condolences.

"Mrs. Brenda was like another mama to all of us.. she will be missed by soo many. My heart goes out to the family," one woman wrote.

"I am truly heartbroken and so sad to hear this news. Mrs. Hamilton was a big influence on me and the entire Class of 1978. She will be missed by her students-past and present, the PCA Family and her loving family. God Bless," a former student added.

"As I sit here completely heartbroken, I am forever thankful that my children, as well as myself, got to be in her life while at PCA! What an exceptional person she was and the definition of a true Christian! She will be missed so much! Prayers for all esp Mr Ray and her family!" a third echoed.

Investigators are still trying to determine what kind of animal was involved in the attack. Authorities say canine DNA was found on Hamilton's clothing, but that the testing didn't differentiate between wild canines such as wolves and domestic canines.

Investigators are collecting DNA from domestic canines for further testing.