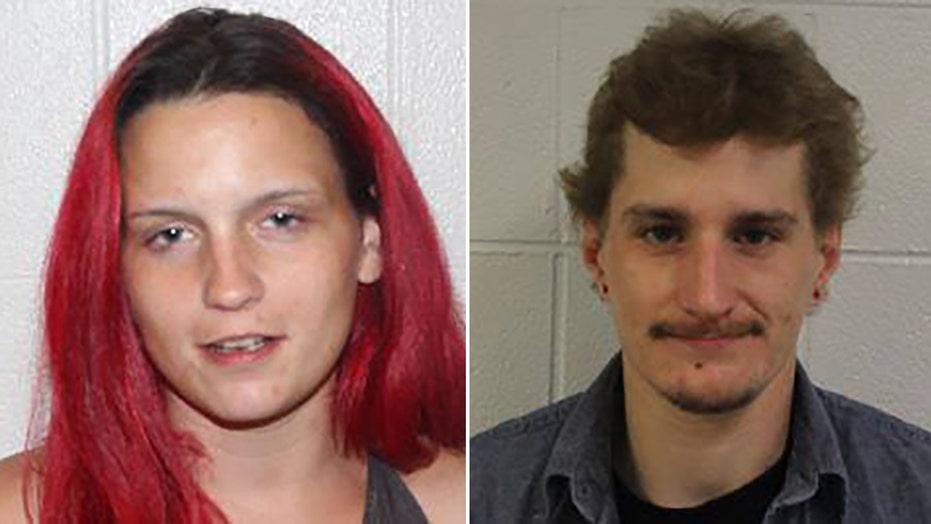 Hunger may have gotten the better of a North Carolina woman who authorities say called police for help after running out of gas in a stolen car.

Cheryl Webb, 25, called the Avery County Sheriff’s Office on Saturday to report that “she had run out of gas and had not eaten in days and needed help,” the department wrote on Facebook Tuesday.

Capt. Lee Buchanan answered the call and sent deputies to help the stranded driver. When the deputies arrived, they learned the vehicle Webb was driving had been reported stolen the night before in the Elk Park area, the sheriff's office said.

Webb called police when she and Winegar became stranded in a car that had been reported stolen the previous night, the sheriff's office said. (Avery County Sheriff’s Office)

Webb and her 29-year-old passenger, Logan Winegar, were both arrested for felony possession of a stolen vehicle, police said. Other charges were being investigated.

“We appreciate that people feel they can call us to help them out when they are in need," Sheriff Kevin Frye said in the post. "But if the need is to help get gas in a stolen vehicle, then we will provide them a place to stay and food to eat but no gas."