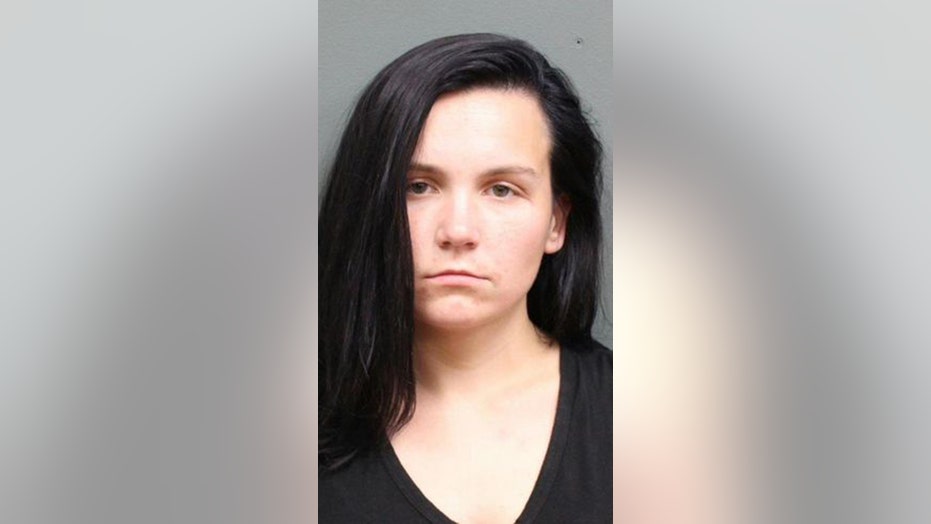 An Iowa woman allegedly fleeing a traffic stop called authorities to report her car had been stolen — but she had been driving it all along.

Rachel Thornburg, 20, was speeding Tuesday on a highway in Clinton, a city roughly 85 miles east of Cedar Rapids, officials said, and a deputy tried to stop her.

The driver fled, went through a red light, and led police on a chase, the Clinton County Sheriff's Office said in a news release.

Rachel Thornburg, 20, allegedly told authorities her car was stolen — but it turns out she was driving it all along. (Clinton County Sheriff's Office)

During that chase, the sheriff's office received a call from Thornburg claiming she left her keys in her car, and that it had been stolen. The vehicle, she said, was a 1998 grey Buick Century — the same car the deputy was pursuing.

Thornburg allegedly drove into neighboring Scott County, where police tried and failed to use Stop Sticks — a device used to deflate tires. Iowa State Patrol, however, had better luck with the device, and was able to stop the pursuit less than an hour later.

Authorities took the driver into custody and identified her as the caller who reported her own car missing while leading police on a multi-county chase.

Thornburg was charged with eluding, driving with a suspended license, reckless driving, and speeding.