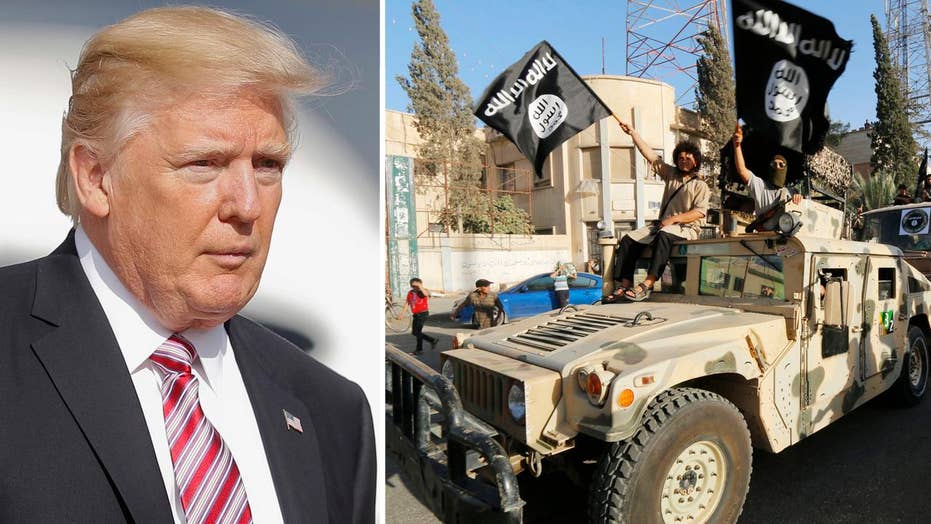 Trump to reportedly order Pentagon to ramp up ISIS fight

The Joint Chiefs of Staff have been asked to produce options to ramp up the ISIS fight, which falls on the services to come up with a list of potential assets, U.S. officials tell Fox News.

The U.S. military wants to keep options “light and agile” and not build forward operating bases inside Syria like they did in Iraq and Afghanistan years ago, officials familiar with the planning tell Fox News.

The Navy is looking at ways to deploy more warships and potentially keep deployed warships out to sea longer, but officials say this is only in the preliminary phase and no decision has been signed off.

New Defense Secretary James Mattis told lawmakers in his confirmation hearing earlier this month that he would be looking at ways to accelerate the fight against ISIS inside their headquarters in Raqqa, Syria.

At the start of combat operations in Afghanistan in the weeks after the 9/11 attacks, similar basing of US special operations forces off shore occurred.