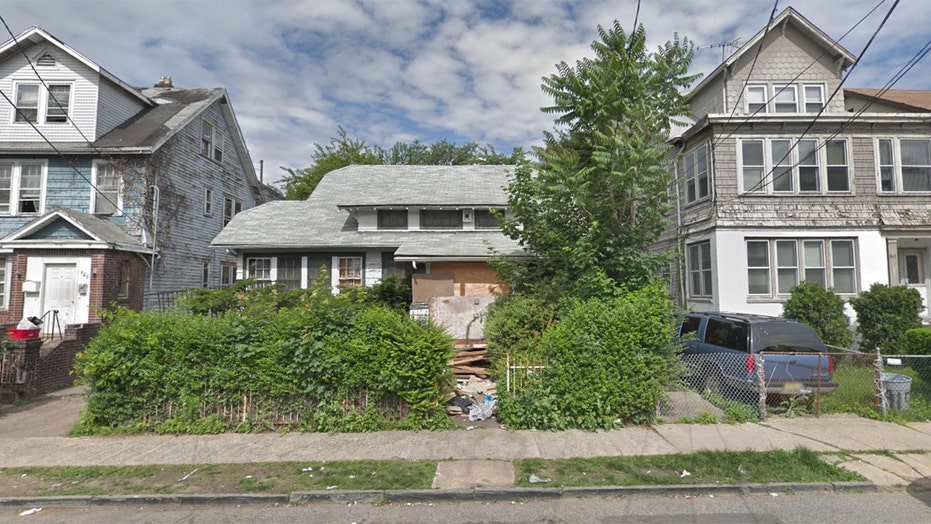 Members of the notorious "Bloods" gang were allegedly behind the conversion of an abandoned New Jersey home into a “fast-food-style drive-through" that pulled in $10,000-per-day by ditching burgers and fries in favor of heroin and crack cocaine -- until federal authorities pulled up to the window.

Shaheed Blake, 36, and Anderson Hutchinson, 37, were arrested along with more than two dozen other alleged associates after feds raided the Newark home, the New Jersey District Attorney’s office said in a press release Tuesday.

Prosecutors say Blake and Hutchinson, affiliated with the ‘“Bloods," ran a “massive drug market” which operated non-stop in a building located just two blocks from a public elementary school.

MORE THAN 16 TONS OF COCAINE INTERCEPTED AT PENNSYLVANIA PORT, NEARLY A RECORD HAUL

“These defendants are charged with orchestrating and participating in a massive drug trafficking organization that pumped heroin and crack cocaine into the streets of Newark and surrounding areas virtually non-stop,” U.S. Attorney Craig Carpenito said in a news release. “As alleged in the complaint, they operated out of an abandoned home in Newark that they turned into a fortress protected by illegal firearms, which featured a fast-food-style drive-through window for the quick and easy sale of these dangerous drugs.”

The New Jersey home prosecutors say was turned into a “fast-food-style drive-through” for the distribution of drugs.  (Google)

Court documents described the building on 921 South 20th St. as completely boarded up, including all doors and windows, and only accessible by a ladder leading to a second-floor window. Once someone made it inside the home, they would also pull the ladder in.

Customers, however, allegedly purchased their drugs through a small hole cut out of a first-floor outer wall, an arrangement that officials said was similar to a “restaurant's drive-through window.”

The defendants allegedly had an armory in their backyard, too: A shed prosecutors say contained firearms, ammunition and a communal phone used to operate the business.

“These arrests should serve as a warning to those who choose to plague and flood their communities with violence and drugs,” ATF Newark Field Division Special Agent in Charge Charlie J. Patterson said. “Their engagement in such crimes will bring the full force of the federal justice system against them.”