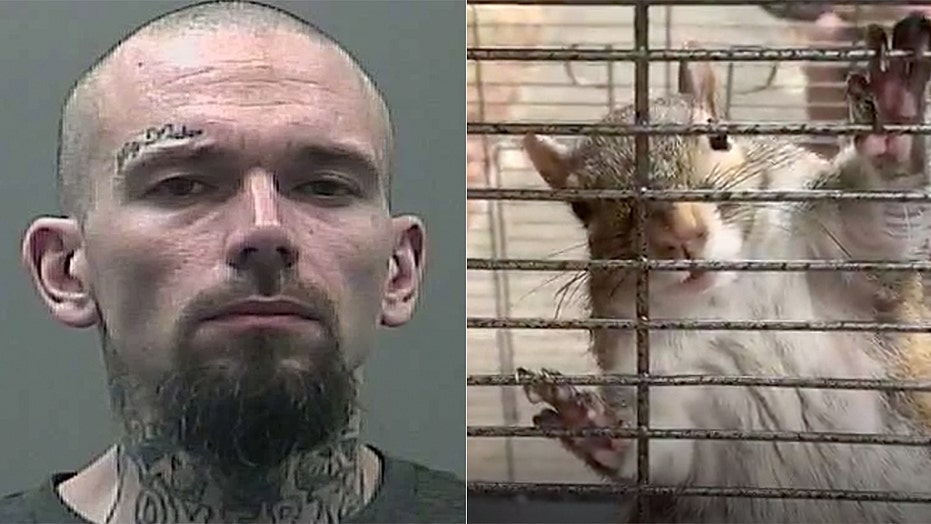 An "attack squirrel" housed in an Alabama apartment and fed methamphetamine by its owner to make sure it stayed aggressive was rescued Monday, officials said.

The squirrel was removed from the alleged drug den by investigators following a bust at an apartment in Athens, according to authorities.

A squirrel was allegedly fed meth by a man in Alabama so it would stay aggressive, officials said. (Limestone County Sheriff’s Office)

One man, identified as Ronnie Reynolds, 37, was arrested at the scene, but the Limestone County Sheriff's Office is still looking for another suspect — the alleged "caretaker" of the squirrel — identified as Mickey Paulk, 35.

The sheriff's office said that prior to the drug raid, officials were told Paulk kept an "attack squirrel" in his home, AL.com reported. It's illegal in Alabama to have a pet squirrel.

Officials found the squirrel, and released it into the wild, per a recommendation from Alabama's Department of Conservation.

“There was no safe way to test the squirrel for meth,” the sheriff's office said.

Meth, drug paraphernalia and body armor were seized from the apartment.

Authorities urge anyone with information on the whereabouts of Paulk — who's wanted on multiple charges including possession of a controlled substance — to contact the sheriff's office at 256-232-0111.