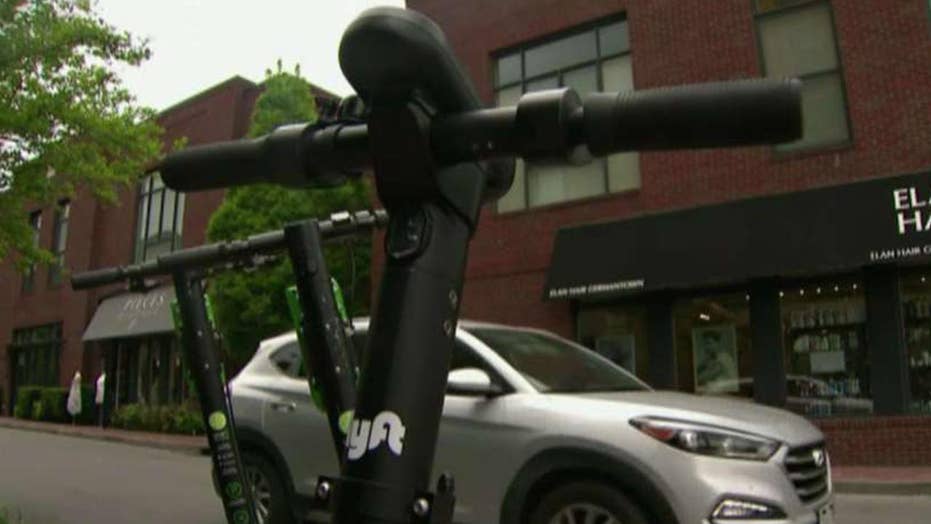 The mayor of Nashville has recommended that the city ban electric scooters from the streets of Tennessee's capital, a month after a 26-year-old man was struck and killed by a car while riding one of the two-wheeled vehicles.

Mayor David Briley initially gave the seven e-scooter companies that serve Nashville 30 days to propose changes to the city's regulations following the May 19 death of Brady Gaulke. On Friday, Briley wrote in a letter to the city council that the proposals did not go far enough "to protect the safety of our residents and visitors."

"We have seen the public safety and accessibility costs that these devices inflict, and it is not fair to our residents for this to continue," Briley tweeted Friday.

The proposed ban has received mixed responses from the community. Some, especially visitors, enjoy the option of a fun way to get around the city and a chance to dodge the cost of pricey ridesharing services.

But things get complicated when the roads are busy, or when alcohol is involved. Police said Gaulke had a BAC level twice the legal limit when he made an illegal turn from the sidewalk into the street and was struck by a Nissan Pathfinder. According to the Tennessean newspaper, scooter riders in Nashville were required to follow the same laws as bicyclists when operating in a roadway and were not permitted to ride on the sidewalks in a business district.

Gaulke's family and girlfriend called for scooters to be banned from Nashville after his death.

Nora Kern, the Executive Director of Walk Bike Nashville, told Fox News' "The Daily Briefing with Dana Perino" on Wednesday that something needs to be done about the safety of Nashville streets.

"It's emphasizing and highlighting problems we've had in Nashville for a long time, that we don't have a lot of safe places for people on bikes or scooters downtown," she said.

There are nearly no bike lanes on the streets of downtown Nashville, Kern added, which forces people on scooters to ride them on the sidewalks, which can cause collisions and injuries.

"In the time that the scooters have been here, 75 people have been killed driving, and 24 walking by cars," she continued. "I think the safety issue with scooters is about a broader issue [of] whether or not our streets are safe."

According to the Nashville Fire Department, 74 people were injured in scooter-related incidents within the first four months after they were introduced in the Nashville area.